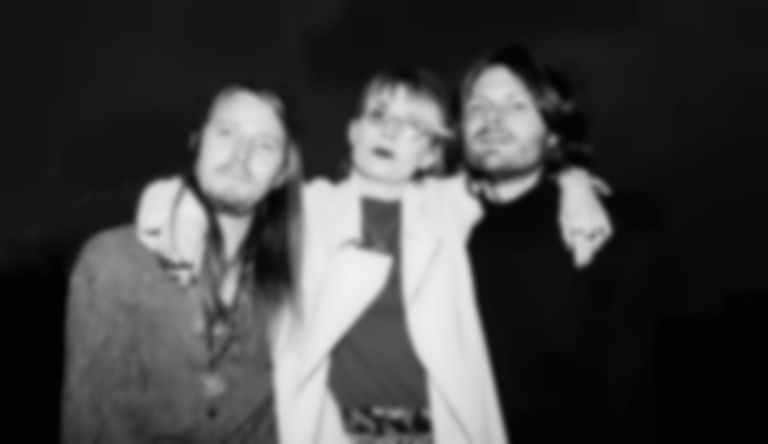 The gentle harmonies and blissful soundscapes on “And Tragic” capture the giddy euphoria of a romantic encounter, whilst simultaneously maintaining a bitter sense of life's brutal realism. The track opens with a sprawling instrumental melody, slowly building into a swathe of sweet lyrical inflections.

“We had an idea about what this song was going to be about, but under the process it all changed, and the song took its own turn,” the band explains. “That’s how we like to write music – to let the song happen and to let the music have its own way. But the essence of the song is that life is fun and tragic all at the same time.”

Childhood sweethearts Emil and Caroline Jonsson traversed a complex musical landscape for many years before joining forces with their enigmatic work partner and producer Anders Eckeborn. “We were so slow before, but once we met Anders it became easy – together it's beautiful. It's always so natural,” Caroline muses on the trio’s chance artistic encounter.

“And Tragic” is out tomorrow, followed by the release of their debut album in March. Find ViVii on Facebook and catch the trio live at Hoxton Square Bar & Kitchen on 15 February.