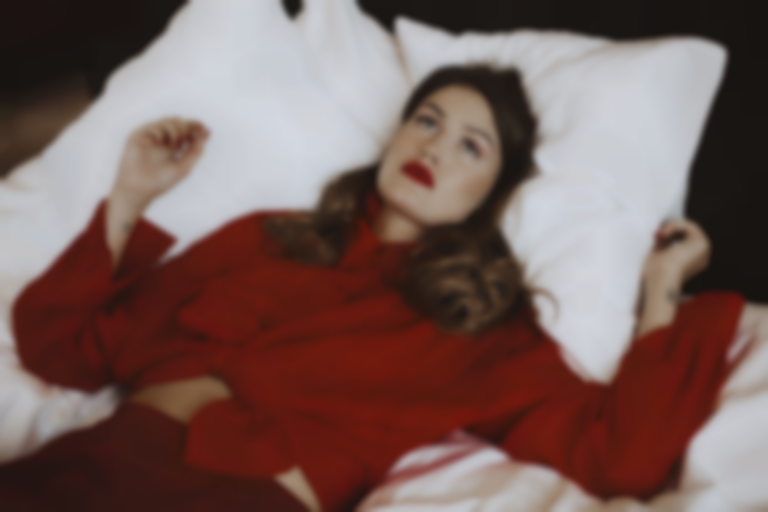 Following the slow-burning singles "You and I" and "Seventeen", Oslo pop star Una Sand is finally back with new music.

There's a pattern emerging on Una Sand's singles, and it's the sound of confident, beat-laden pop music. "Wanderlust" is no different.

Bouncing bass blends with an Eastern-influenced synth pattern and simple trap percussion, leaving plenty of space for Sand's sultry,enticing delivery. That voice is key to the track's themes of not being able to get someone out of your head, and fighting a losing battle against lustful thoughts. Sometimes the key to pop music is simplicity and finding new ways of singing about age-old tropes. Una Sand combines both effortlessly.

We caught up with the Norwegian singer to find out a little more about "Wanderlust".

It's been a year since "You and I" and not quite so long since "Seventeen", so how has your sound developed from those songs?

"I would say that my sound is constantly developing, as I keep learning and putting that knowledge into my songs. I went from working with a low-key producer on ‘You & I’ to having Fred Ball and now Ronni Vindahl [MØ, Kendrick Lamar] producing my latest singles, but it’s all been important to the bigger picture of developing my sound."

What can you tell us about "Wanderlust"?

"‘Wanderlust’ was written in LA with Ronni and Paul Phamous in the beginning of 2017 when I found myself in a quite heartbroken period of time. It’s about that classic battle of 'tug of war' you play between your heart and mind when you know someone is bad for you, but you just can't seem to let them go. It’s about choosing to stay even though you know you should leave because you hope one day they will feel the same wonderment you feel for them."

Is there anything you've been listening to which has influenced the song? Or any experiences?

"I think what influenced this song most was how Paul was able to understand a setting and feeling before I even realized it myself. we were all in the same vibe in the studio, and that made it easier to create something universal and unique together."

There are loads of up-and-coming artists in Norway at the moment, particularly women, so why do you think that is?

"I think people get really inspired by each other. Norwegian women are now starting to have each other’s backs a bit more. Its that kind of country, we are very lucky to have that sort of support available. It’s not always like that."

Do you have plans for an EP or an album?

"We are definitely doing an EP at some point. I don’t want to put a time on it just yet, everything is very much under construction, but I can't wait for that package of songs to release."

"I am releasing a lot more songs and working on establishing myself more as an artist. It feels like I am gradually getting the spotlight to show people what I am about as an artist and as a person, so I am using every spare second I have to continue to fight the good fight and get the best of what I am making out there."

"Wanderlust" is out today.