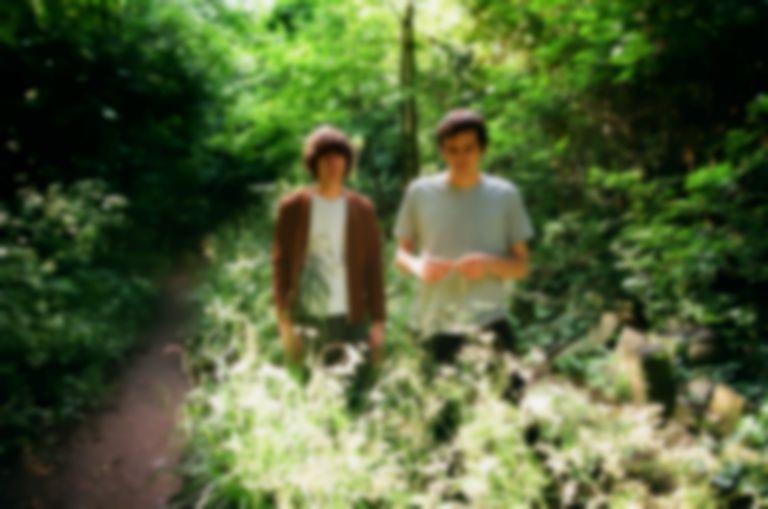 Cooper says: “James and I started talking about making music whilst we were on tour with our other bands. We’d known each other to say hello to for about 4 years and saw each other other regularly at shows in London. I’d always enjoyed seeing him and chatting, but I found him to be an tricky character; he had a habit of threatening to get me and being abusive. I took it as a sign of endearment”.

The band was eventually formed in Europe whilst Mazes were on tour supporting Veronica Falls.

“On returning, we began figuring out where we could take the whole thing and what sort of music we’d like to make. Demos were exchanged and we hit on some synergy in the songs we were sending each other. After a fairly disastrous first attempt at recording, we reconvened and recorded what became the song ‘Ultimate Painting’, a vague theme song for the band… everything began to fall into place; us both singing and playing guitar, me playing drums and James playing the bass. Our ethos was; if it wasn’t working, don’t push it; so some sessions ended before they began… oh and the music won’t be touched my anything digital till it needs to go online or something”.


Debut single “Ultimate Painting” is released on 18 August via Trouble In Mind​.