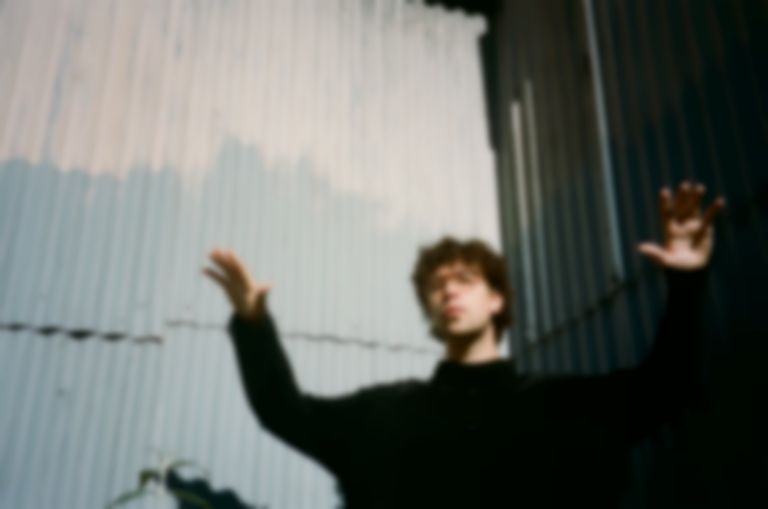 Detailing the visceral sense of addiction that comes with falling hard, "Pure Air" is a resonant and tender fuzzy dream from Tomi Tomaski, aka Thomas Fiquet.

With a backstory that screams major motion picture in-the-making (he was once employed by a man who had ties to The Krays and befriended Mark Ronson at a secret Lady Gaga gig in Hackney), Tomi Tomaski is no stranger to the UK indie scene. Since moving to the UK over a decade ago from his native Normandy, he’s played with bands including Swim Deep, Childhood, Oscar Scheller and Fake Laugh. He's now turned his attention to his own brand of self confessed “post-indie” odes.

“When I moved to London, I planned to stay in the back and make my way into the scene, gradually," says Tomaski, “I’d start doing my own thing after that. Now, I’ve released a second album with Childhood, a third album with Swim Deep — but I’ve never done a debut. And that’s my ambition. I feel it’s the perfect time.”

Inspired by the likes of Serge Gainsbourg, Cocteau Twins, Sebastian Tellier and Julian Cope, and despite not having written anything in years, Tomaski set to with "Pure Air" and had the lyrics finished within five minutes flat. His circumscribed affections spilling out on the page so effortlessly - “it's about being in love so hard that your other half becomes your bottle of oxygen”.

It may be the hazy synths or it may be the years of dreamy indie experience he has under his belt, but there’s a certain je ne sais quoi to "Pure Air" that makes it feel far less a mere debut and much more a robust and assured prelude.

"Pure Air" is out now. Find Tomi Tomaski on Instagram.