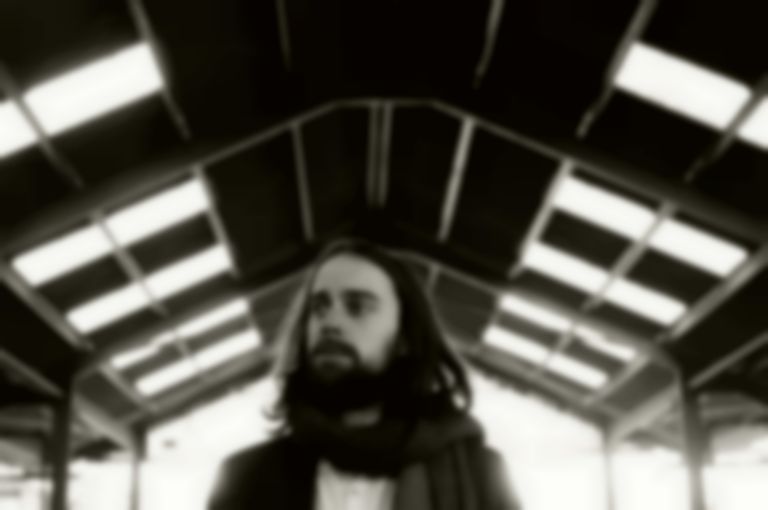 The Little Unsaid's “Nature” never settles and yet still somehow jauntily rattles along, merrily unaware of the sorrow its lyrics are addressing.

Not many are familiar with the songs of John Elliott and his band The Little Unsaid, but that’s changing. The Yorkshire-born musician’s careful prolificacy has seen his artistry wander away from the sweat-stained walls of underground alt-folk clubs to the glass house of Highgate Cemetery and the steps of the Extinction Rebellion protests.

Their third album Atomise, released this summer, was a stunning interpretation of contemporary chaos mixed by Jonny Greenwood producer Graeme Stewart; now, not half a year later, we’re graced with its follow-up, the Music/Nature EP, which “Nature” is drawn from. It's a track pieced together from various fragments Elliott recorded with his band over the last two years. Verdant string sections and an eerie, distant synth riff balance finely on a sliced-up tape loop of a pleasantly disjointed beat.

“I had the words for this a long time before we found the right way to record the song,” Elliott tells us. “They were intended as a kind of weak-kneed, futile farewell to the planet we seem bent on destroying.

“I’m kind of obsessed with the absurdity of this situation we’ve put ourselves in - the reluctance of those in power to work towards a solution, and the idea that there will be this massive collective moment of immeasurable regret when we (imminently) cross the point of no return with the amount of damage we’re doing. Highlighting that absurdity with a song that self-pityingly waves farewell to the planet, as if it were just some fleeing ex-lover slamming the door for the last time, seemed to be its own kind of call-to-arms, I guess.

“It’s not a protest song though,” explains Elliott. “I don’t know how to do those. It’s just a study of that tension in our nature as human beings, I suppose, to destroy and then instantly regret destruction.”

“It is,” he adds, “after all, impossible to find a groove that works for the ludicrous sentiment of ‘we’re feeling terribly sorry for ourselves because we destroyed the entire natural fucking world.'”

“Nature” and the Music/Nature EP are both out today via Reveal Records. They play The Lexington on 2 December, and you can find their other UK tour dates on The Little Unsaid's website.