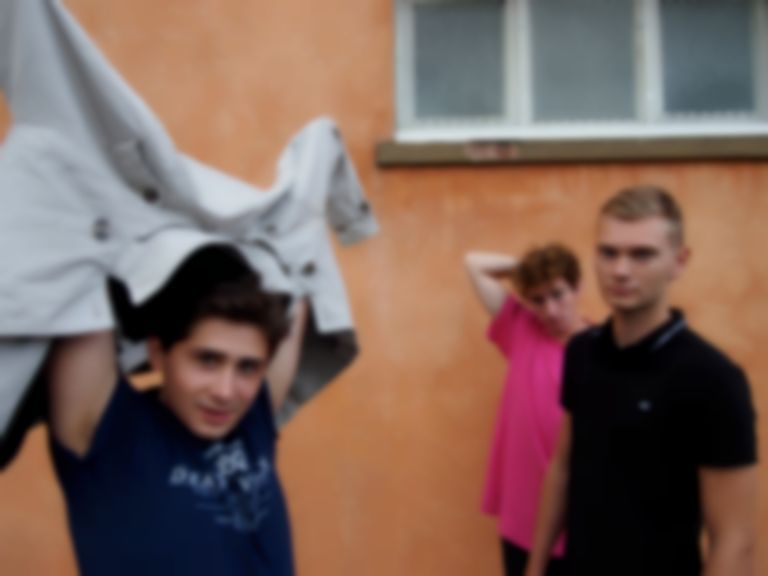 Another week nears its end but let's not forget what great music it brought. Here's our pick of the week's best new music.

The strongest pop music perfectly straddles the line between accessibility and adventure. It has all the sheen (the crisp production, the head-nodding beats, the addictive melodies) but also that unadulterated bite of edgier note choices and warped tropes. Step forth "Bassically" by Brooklyn's Tei Shi. Basked in pop glory with juddering 80s synth and Shi's breathy, studio-ready vox, the track initially seems like just another samey female solo pop record. It becomes a different beast, however, when those vocals transcend into distant wails; when the 80s synths morph into sparky house chords licked with demonic techno undertones. Your friends will likely dig it, your mum probably wouldn't be averse to it if she actually gave it a spin, heck, even your muso housemate will see value in it. "Bassically" is interesting pop music and one of the most exciting tracks we've heard this year.

Swedish husband/wife duo Wildbirds & Peacedrums dropped a wonderful new song at the beginning of the week, the rhythm-delicious "Keep Some Hope". Comprised of relentless percussion and hand claps, Mariam Wallentin yelps and woos across multi choral constructs much like Merrill Garbus of tUne-YaRdS would. Whilst powerful in its own right, it certainly feels like "Keep Some Hope" would sound best live, the crowd lost in its hypnotic, cyclical rhythms. The duo's new album, Rhythm, is out on November 3.

New Zealand's Yumi Zouma have charmed the socks off Best Fit this year and they've done it again on "Alena". Favouring balmy electronica over timorous Beach House dream-pop , "Alena" is escapism for the busy week and a welcome weekend respite.

After three years of silence, Nordic popstress Tove Stryke returned in May with the big and bold "Even If I'm Loud It Doesn't Mean I'm Talking To You". Fans' worst fears of her hiding away again were eliminated this week when she shared new song, "Borderline". Another ballsy cut from the Swedish soloist, "Borderline" is a gut punch of dub-pop that hopefully marks a flurry of more material.

Teenagers Febueder, one the other hand, have been prolific since the premiere of their debut on Best Fit last October. To date it's often been a heady dish of off-kilter guitar lines, suspended vocals and metallic beats in the vein of alt-J's work, but the Ascot natives surprised us this week with "Brazillia". Okay...so it's still undeniably Febueder, but this time we get experimental brass drone and what sounds like female vocals thrown into the mix. Better still, the band have no one guessing what time signature they'll hop onto next. Us journalists have a habit of pinning genres on acts (sorry not sorry) but Febueder are continually shirking them. They play London's The Shacklewell Arms this Monday to signal the release of their new EP, Lilac Lane.