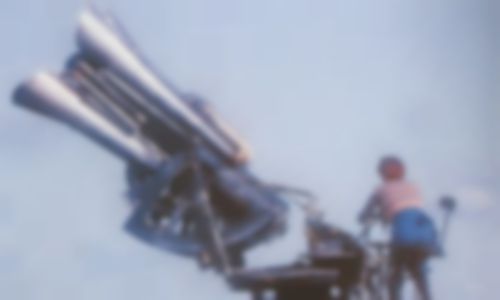 Brand spanking new music to kick off the weekend, behold our pick of the week’s best new music.

First up, we were absolutely honoured to premiere a very special cover of Air France’s “It Feels Good To Be Around You” by New Zealand’s Yumi Zouma. In fact, the track features a small appearance from the defunct Gothenburg duo, marking it as something far beyond a cover. Arranged exclusively and very kindly for Best Fit, this new version hears the Kiwis put their own sleepy spin on the duo’s final single, cloaked in dusky dream-pop frills and luxuriant multilayers. It’s available to download for free now.

Next on the dream-pop list was the unfathomably stunning new single by electronica duo IBERIA, also originally from Air France’s city of Gothenburg (note: these aforementioned bands aren’t airline companies). If there was ever a way to bottle up that rare and all-encompassing feeling of euphoria, “Swansea” is the perfect tonic. In truth, it’s hard to pin down exactly what makes this song so incredible. Maybe it’s the airy synths, the blood-pump beat, the yodelling vocal bounces. Whatever it is, it’s the kind of music that removes you from the mundane and lifts you to existential extremes. Unless, of course, you’re already atop some epic mountain range.

One of the most interesting things we discovered this week was that M o t h e r is the musical project of Gossip Girl actor Penn Badgley. His latest track “Victim” is yet another slice of sexy synth-pop, but that has nothing to do with the good looks of the Hollywood heartthrob. It’s everything to do with the smooth command of its components, all carried at a leisurely pace and with wanton vocals and soulful sax lines. We can’t wait to hear what’s next.

The return of Brighton duo IYES was a treat to our ears after the band’s wonderful 2013 debut, “Til’ Infinity”. Like M o t h e r’s “Victim”, “Breathe” also comes ready-made with a sensual undercurrent. Bandmember Josh Christopher said it was written “with an image in mind of a naked lady, in a jungle, with a snake wrapped around her” and the song’s woozy backbone and whispered harmonies more than lend themselves to this sensitive imagery.