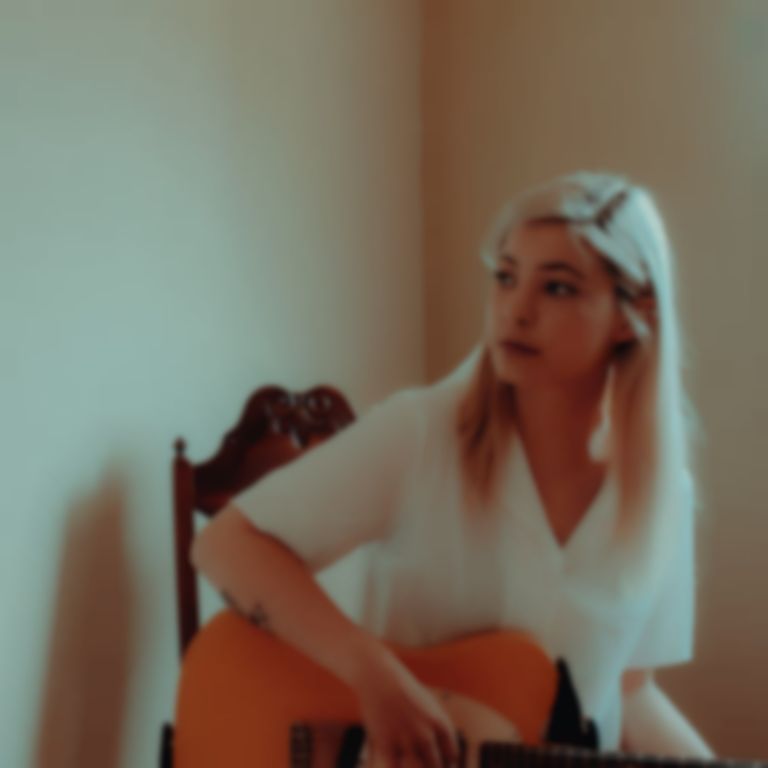 New single "Stations" picks apart the intricacies of 19-year-old Janzen's own experiences with emotional abuse in a community unwilling to put these events into words. Written when Janzen was just 17 and featuring production from Greg Calbi (Julien Baker, Arcade Fire, Big Thief), the single provides a disarmingly intimate insight into a conversation stifled by the religious values of those close to her.

"I wrote 'Stations' in my room when I was 17, about the isolating and complicated feelings when one experiences psychological abuse from a loved one, regardless of the nature of their relationship," Janzen explains. "I think it was my attempt at breaking silence in a way that I previously didn't think I could. I almost don't really remember writing it because I kinda just emotionally puked it out, but I decided early on it would be the perfect first song to debut from the EP, in hopes that someone may feel some solidarity through shared experience."

The forthcoming EP of which Janzen speaks, entitled Interpersonal, is due out later this summer. Set to further explore the singer/songwriter's struggles with mental illness, particularly on second track "The Waiting Room", Janzen again finds music a necessary outlet for frustrations repressed elsewhere.

"I was very tired of spilling my guts out to doctors I'd never met over and over again," she says. "Telling them things I wouldn't even be able to tell my closest friends. It felt unfair that here I was, doing what I was supposed to do, asking for help, yet not receiving it. [...] It's no secret that the world has finally started to take steps towards viewing mental health in the same light as physical health, but I think society is under the (false) impression that the story of someone's mental health recovery is finished once the person reaches out for help, when really it's barely started. The act of seeing a doctor does not immediately cure the sick."

While Janzen insists that "[her] personality isn’t as depressing as [her] music is," her open-hearted approach to both songwriting and storytelling reveal a lightness and relatability many will find far from miserable or alienating. To have such commonly felt – and commonly hidden or dismissed – emotions and experiences laid out in accessible, country-tinged indie is a commitment to pulling those also struggling out of their lonliness and isolation. Janzen reminds us we are never alone, and that the world will keep turning until we're ready and able to move forwards ourselves.

Interpersonal is out 10 August.