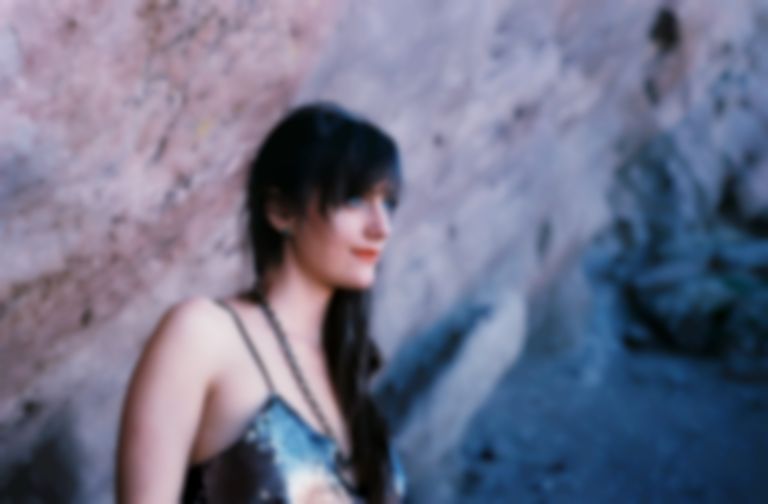 "It's a song of longing for something, for transcendence," says Skylar Gudazs of "Wichita Lineman," one of the the greatest songs ever written.

The Durham, North Carolina-based singer/songwriter - who was part of the Big Star’s Third tribute concerts and has performed backing vocals for the likes of Superchunk and Hiss Golden Messenger - has a new album in the works named Cinema, a follow-up to her 2016 debut Oleander. But before that's she decided to tackle the late-'60s Jimmy Web classic.

A foolhardy task it might seem but not only is Gudasz worthy in her execution (largely thanks to a jaw-dropping vocal) but the impetus for taking it on was close to a divine calling.

The cover came into life after a call from her brother who'd just witnessed the song reduce a party to silence. "Everyone in the room stopped what they were doing and began to listen," explains Gudasz. "Afterwards, everyone at the party tried to unpack what it was about it that was so resonant and why it meant so much to them, this song that perhaps no one had ever remembered putting on consciously but somehow was a part of the fabric of their lives, somehow they knew deep within their souls, from catching it overheard in grocery stores or shopping malls or the background of TV shows, whether it be some nostalgic connection to archetypal Americana or something even deeper they were able to identify viscerally, symbolically."

Gudasz returns for a Big Star's Third show next month a Memphis' Crosstown Theater of the Arts (15 December) before heading to SXSW in March.