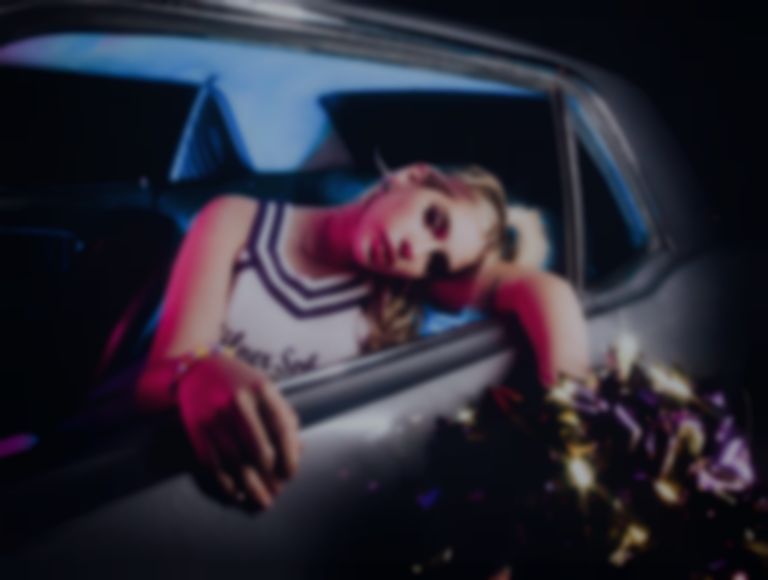 The follow-up to her major-label debut EP all my boyfriends, Silver Sphere swerves into the stratosphere with a slice of hyperspeed glitch-led pop.

It's no surprise the track's production comes courtesy of 100 gecs' Dylan Brady. Brady's name keeps appearing on new releases from the most exciting pop artists right now – from Rico Nasty to Dorian Electra and of course Silver.

Gone is the saccharine, cinematic stir of previous singles "Crowd" and "Handle Me", instead "football game" leans into the more experimental sound that got Sphere noticed in the first place. While it's a definite evolution from the independently released yikes! EP it carries the same progressive mindset and as standouts like "boys in band" and "boys r dumb! duh".

Speaking about the track, she explains it goes all the way back to high school. "At the time, it was about exploring sex and love for the first time, and the feeling of naïveté that comes with that. But it’s also about the double standard of exploring sexuality for young men and women, and how often girls are shamed for the very experiences boys are praised and idolized for."

In an effort to bolster the message of the track, Sphere says "when I got in the studio with Dylan, I took the choruses, which depict how slut-shaming can make girls feel weak, and I rewrote verses around it that reflect the more powerful side of feminine sexuality and the confidence I grew into as I got older."

Working with Brady is nothing new for the rising star, they've been collaborating for year, and she's "been mesmerized by the intense sound of his production. I knew that this song needed his uniqueness and unapologetic power to accompany the concept.”

A riotous end to an exciting year, Silver Sphere's eponymous planet of musical exploration has just got a new moon.

"football game" is out now. Find Silver Sphere on Instagram.