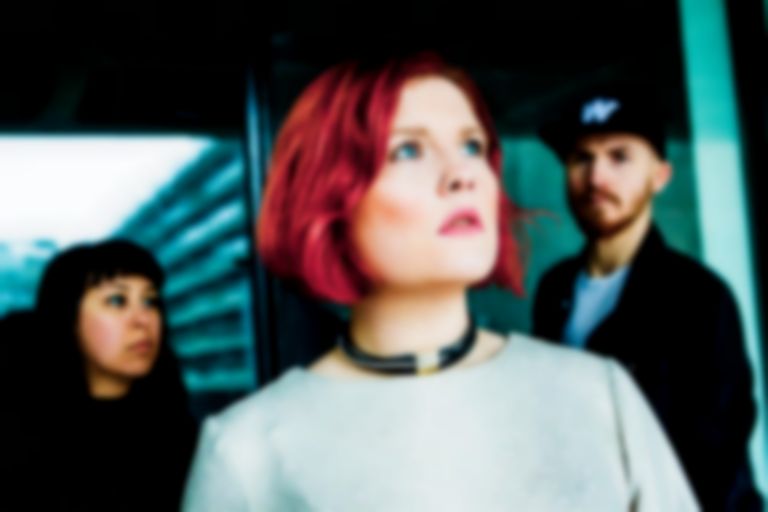 Steeped in euphoric grandeur Brighton’s Sea Bed unleash “Pretender” which roars to life when it reaches its huge chorus.

This time, however, Lizzy Massey and Jim Corbin are expanding, welcoming Flavia Aliverti as a permanent fixture after proving herself an invaluable part of the Sea Bed live set-up. “Pretender” exemplifies the depth of the now three-piece’s musical relationship, and as the band explain “[it] is a song about betrayal and forgiveness. It’s about the discovery and the eventual letting go of deceitful relationships, whether that be to a lover or a drug, or the relationship we each have with ourselves.”

There a couple of magical pop moments in the new track, the first of which is when Massey howls “no thanks to you, I’ve let go” as the chorus hits, transforming the song from its brooding, dark-pop beginning to an ethereal odyssey of epic proportions.

There’s something about the middle-eight section of so many pop songs that just manages to lift an already great song to even higher heights. The middle-eight of “Pretender” is no different, another magical moment. As the tempo increases so do the soaring synths before we reach the final chorus, it’s this final minute of the song which is really special.

“Pretender” is out 10 February.