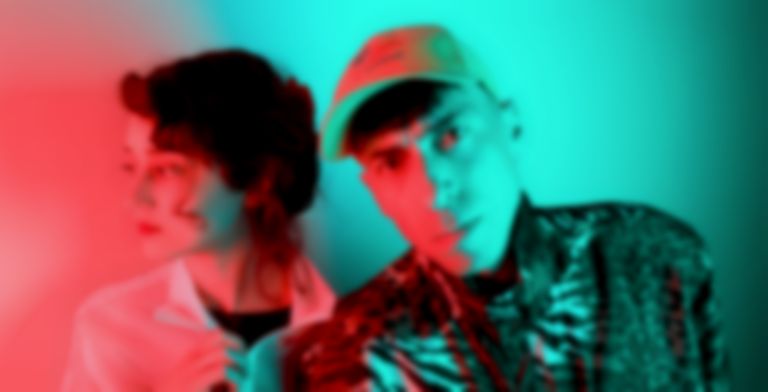 “00:01AM PINK MAMBA is about women with a capital W”, SACRE emphasise. Immersing themselves deeper in a zany narrative of pigs, priests and DJs dressed like Captain Hook, Pink Mamba is the latest installation in the story of their forthcoming album, Love Revolution: “our Pink Mamba is a waitress but she’s also a warrior.”

With a reputation for creating billowing soap bubbles of pop, eclectic grooves and a gift for laying down sky-scraping soundtracks to nocturnal city adventures, SACRE take a more left-field approach with “01:00 PINK MAMBA”.

“The start of that track was a discussion between us about the fact that all the people we meet in studios, sound engineers, musicians, producers are guys.” SACRE confess, “We realised we’d never recorded a girl playing guitar, bass or drums…”

SACRE are deeply inspired by Greek mythology, which weaves its way not only into “01:00 PINK MAMBA”, but informs the concept behind their entire album. “Artemis was the Goddess of The Hunt”, they explain. “Women have been warriors and powerful figures since the beginning of civilisation. We wrote 01:00 PINK MAMBA as reminder of that.”

Rather than focusing on putting us under a dizzying trance with their infectious electronic beats, SACRE are reconfiguring as a duo focusing on the stories we can tell through music, rather than just its effects.

“01:00 PINK MAMBA” is at once feminine, with shimmering synth and playful French-intoned vocals, and masculine, with a heavy bassline lurking beneath, giving the track a contrast as well as a blissful co-existence.

"01:00 PINK MAMBA" is out now via Palmtree Hotel Records. Find SACRE on Facebook.