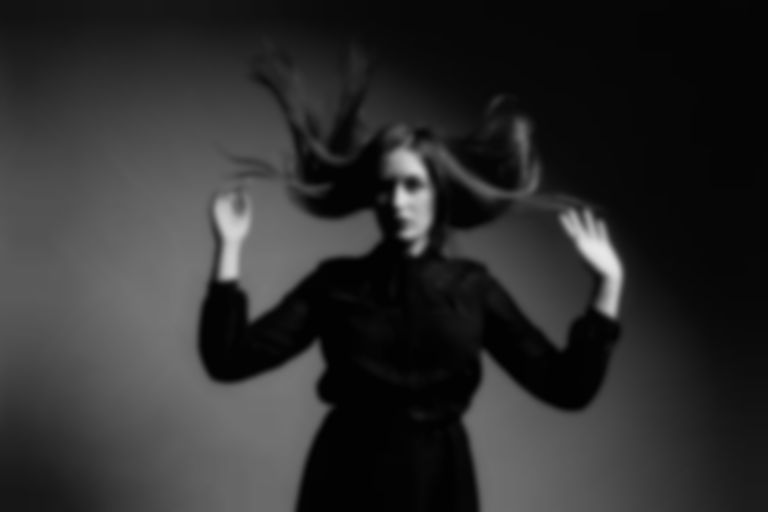 Opening with electronics that chime like a cellphone, "Cycles" sees Brooklyn-based RVBY MY DEAR craft an unnerving soundscape falling somewhere in the space between Portishead and Esben and the Witch.

Originally from Perth, Australia, RVBY MY DEAR (real name Gabbi Coenen), began training as a pianist at the tender age of four. Originally set on the path of jazz musicianship, her flair for haunting, dramatic songwriting has seen her embrace a career in spine-tinging quasi-pop that began in 2016 with two-track release Unravel. New single "Cycles" arrives as a taste of the singer's forthcoming debut album Waiting, dropping 17 May.

Containing such chilling couplets as "Wake up hungry / Go to bed angry", "Cycles" embraces a dizzying darkness as it hurtles towards its chaotic, guitar-led breakdown. Coenen's voice is the soothing eye of the storm, yet as the track escalates beneath it the feel shifts from reverb-drenched kitsch to unnervingly untouchable. Like a cyclone, "Cycles" sucks in cross-genre elements, devastating and rebuilding them into a driving frenzy of sound that elicits uncontrolled emotion at every turn.

Hear "Cycles" live at one of RVBY MY DEAR's upcoming US shows – tickets available on her website.

"Cycles" is out 3 May via Villainy Records.