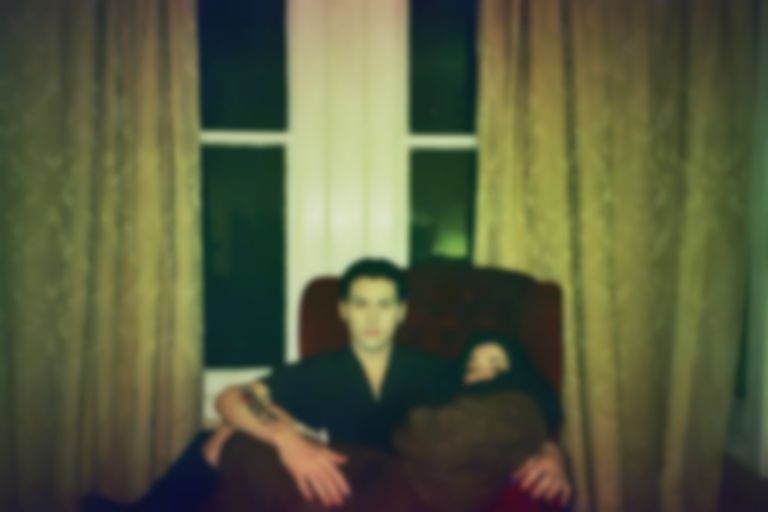 Under their alter egos Robbie & Mona, William Carkeet and Eleanor Gray eschew any abiding sense of the linear, informed by the cinematic as much as the spirit of genre mainstays such as Beach House.

Taken from their forthcoming debut album EW, their latest single “Queen Celine” finds the pair stray into foreboding chasms; a darker take on the ethereal that subverts familiar dream-pop cadences with Felliniesque cues in a stroll through parallel quarters of reality.

Modulating above a parapet of electronic currents, distortive guitar schisms and digital discord, Mona’s vocals swoop with lulling deception, peering beyond the curtain to a concealed realm.

Mona explains the track’s singular origins: “Celine is a character that pops up in my short stories and imaginings a lot. She kind of represents all things surreal for me. The vocals for this song just spilled out after a day of losing my marbles and finding them again.”

Robbie lends his thoughts: "This song was written following an amalgamation of loads of electronic things breaking, including the synth that I usually write on," he says of the writing process. "I was upset and frustrated, and the guitar riff just went from there.”

A bleeding between escapist spells and the ominous is similarly reflected in the track’s monochromatic video. Director Max McLachlan expands upon its concept: "The video spawned from, for lack of a better word, hearing the bounce in the rhythm of the music that was contrasted by this feeling of dread. Just as the song itself was written through things breaking, it seemed fitting that the video should be tearing itself apart at the seams. I wanted it to feel like a glitch in the matrix or a rip between two worlds trying to repel one another like magnets. But mainly I knew it would be fun to make a sort of Man Ray photo but with lots more mini-trampolines."

"Queen Celine" is out now and EW is out 29 January via Spinny Nights. Find Robbie & Mona on Instagram.