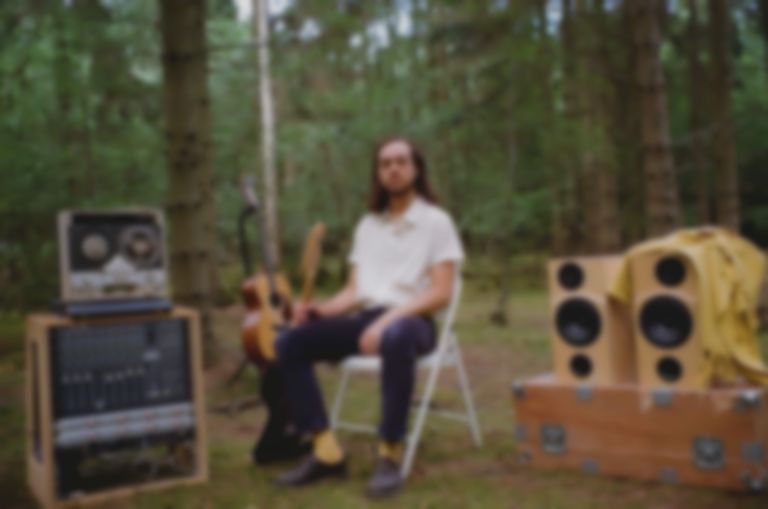 The solo project of guitarist Chris Barker, Premium Leisure heralds the return of all that is golden with “Easy FM”, with delicious guitar licks and stalwart melodies.

Collaboration remains pivotal to Premium Leisure’s sound, with the contributors to “Easy FM” reading like a who’s who of Oxford’s music scene. Backing vocals come courtesy of Barker’s long-term collaborator Willie J Healey, with instrumental backing from Ash Cooke of BE GOOD, bass duties from Harry Deacon (Palace) and drums from Mike Monaghan (Saint Etienne, Gaz Coombes) - to name but a few. The result is a track that exudes the fuzzy warmth that can only come from a group of good mates jamming together.

Buoyant and urgent, the insatiable song “is a comment on the ease of following trends and the difficulty of consistently staying true to what really pushes our buttons,” says Barker, which is befitting given how facilely the track comes together. Breezing in and out of razor-sharp instrumentation and discerning drollery – it’s a unique sum of all its musical parts and a fine example of a music scene coming together rather than pitting its talent against one another.

The track’s accompanying video further echoes that solidarity, having been directed by Henry Darthall and Tom Bonsu-Darthall of indie linchpins Young Knives. In creating the video, Barker envisioned himself in a packed art gallery, working out who was truly enjoying the art and who was faking it. The sense of derision and carefree nature of the video, filmed in the suburbs of Oxford, serving as a perfect accompaniment to the unpretentious swagger of the track.

“Easy FM” is out now via Plum Cuts. Find Premium Leisure on Instagram.