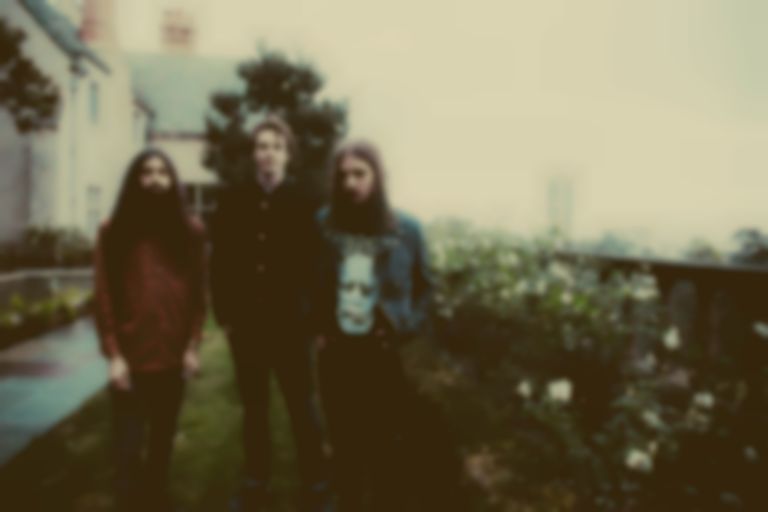 Relax with "Touch" as you dream of beach days and the inviting call of summer.

Growing out of the necessity to reject the Los Angeles' suburbs markers of value, wealth and beauty, Paloma is Victor Martinez, Steven Doman, and Nick Mariotti.

As the first release from the band's forthcoming debut EP Luna, the band "wanted the record to fully express the feeling of living in California, from the mountains of Malibu driving on Mulholland to the Tents surrounding sixth street in Downtown LA." With that in mind, "Touch" must certainly be the soundtrack to a coastal road soaking up the rays, music video style in a vintage-style car with the top down.

The track is in fact a modern-day sonic fairytale as the band explain. "It's about a diamond in the rough. Somewhat of a tramp. A certain someone who didn't quite know how to believe in them self. Until he meets this princess of sorts that did. When they both turn to real life, he's banking on the idea that we're only half way through the film. That the story isn't finished yet."

If your summer playlists aren't already under construction, then make this early contender the first to make the cut.