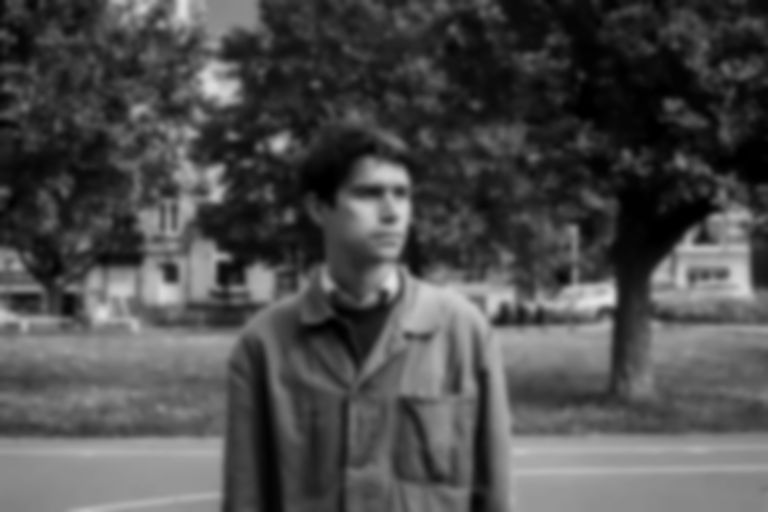 Returning with his first release in four years, Nicolas Michaux debuts his new single "Harvesters", the first to be taken from his forthcoming album Amour Colere.

Returning with his first piece of music in four years, Nicolas Michaux’s new single “Harvesters” is a lush and ambient track rooted in natural imagery. Calming and carefree, “Harvesters” carries listeners high above the clouds and moves languidly through Michaux’s lyrical nuances.

Only the subtle guitar lines that mirror the verse’s vocal hooks seem to snap listeners out of this peaceful reverie, reminding us there is real life out there after all. Recorded and produced with his long-time collaborator Morgan Vigilante on drums, the Belgian artist wrote “Harvesters” in tribute to his family.

“‘Harvesters' is the first song I wrote after arriving on [the Danish island] Samsø, the island where I reside with my girlfriend and our daughter,” Michaux speaks of the track, noting that “It was two years ago, springtime was burgeoning and I could feel a great relief being able to put my suitcases down after a few years of traveling; I was tired but was hoping for recovery and was determined to live a simpler life.”

While Samsø is now his family home, Michaux also spends his energies in Brussels where he is part of the musical collective Capitane Reocrds. The gorgeous video that accompanies the single was also recorded on Samsø and serves to bring the serenely pastoral themes present in the music full circle.

"The song was a way to express love and gratitude to my family, a way to acknowledge the passing of time as well and to question the fate of a love story that has to go through a new phase. My propitiatory gift,” Michaux continues. “At the time, I was very interested in Ayurveda, the traditional Vedic biology, and its holistic views on life and the idea that we are all a unique proportion of the same five elements that constitute the whole universe.

“The correspondence between macrocosm and microcosm must have played a part in the spiritual journey that lead me to write this song."

"Harvesters" is available now via Capitane Records, with the new album Amour Colere to be released later this year. Follow Nicolas Michaux on Instagram.