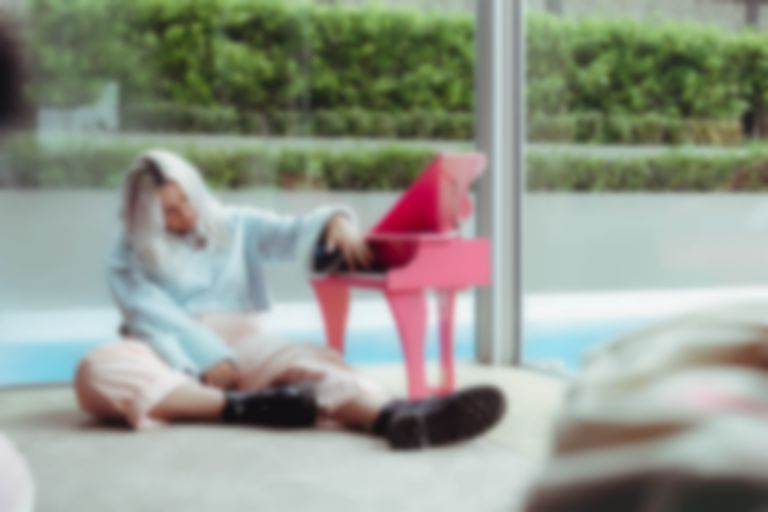 Her first new music since the blatantly titled The Breakup EP, Navvy continues the theme in new single “Mad At You”.

Following in the wake of this year’s The Breakup EP - a smart collection of modern pop detailing this young artist’s navigation of a turbulent relationship - Navvy's new track “Mad At You” is another ode to painful partners, as she both complains and indulges in her position as a firm shoulder to cry on. Over deep, lounge-style bass Navvy weaves another relatable tale of tribulations and tears; it's a memorable pop hook and punchy melody of “I cannot be mad at you” that makes this record feel radio-ready and pushes Navvy into new territories.

The single comes along with news of a new forthcoming EP No Hard Feelings, the continuation of Navvy’s musical development as she assesses her emotions following the breakdown of the same relationship she dissected on her debut. She manages to channel a sense of moving on and moving through, and her electro-pop is a solace to anyone experiencing similar emotions.

Speaking about ‘Mad At You’, Navvy states: “It was one of the most fun studio days I’ve ever had. It was the first time Rory Adams, Sam De Jong and I had worked together, and we clicked so instantly. We wrote about how frustrating it is when you have a long list of reasons to be mad at someone, but you still can’t be because you still love them.

"The rest of the EP goes into more detail about moving on, and doing so without lingering feelings of disappointment or anger,” Navvy continues. “ Two of the tracks I wrote in London with Rory and some fantastic producers over there (Kin, Alex Smith), and I think this EP, following my debut The Breakup EP, really keeps telling the story of where I’ve been at this year after such a tumultuous break up”.