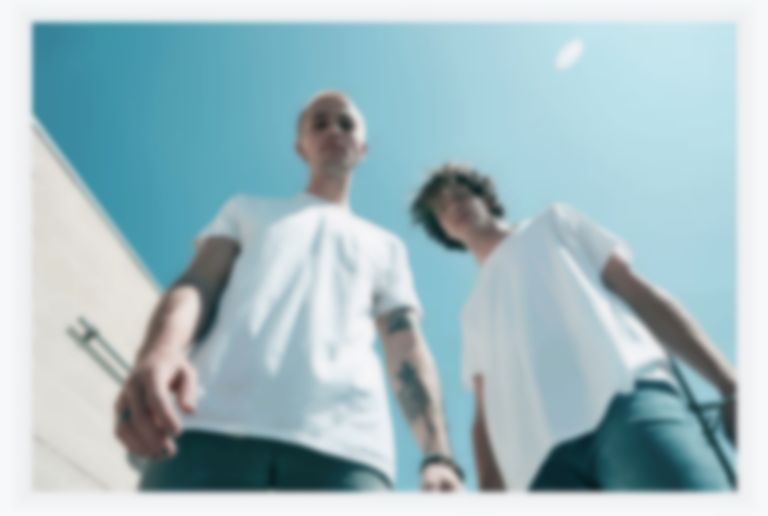 Today they reveal their second track "Pocket", and announce a four-track debut EP, Our First EP, due out next week.

"Pocket" sees the duo continue their dual vocal delivery, as they find tender tones with a wistful guitar melody, reminding one of rain pattering against the window on a gloomy city day.

The beat is harsh in comparison to the emotive melody and vocals, cracking against the soothing tones like thunder.

Delivering the track in vocal unison, Moby Rich present themselves as a duo who are willing to embark on a journey side-by-side, as they explore, and project their sound as a team.

Speaking about the track, the duo explain, “"Pocket" is all about love lost. We hope people can find some sort of connection to their lives and know that we’ve been there too. It was amazing working with Mike Crossey on this one. We owe a lot to him and his ability to bring songs to life. We hope you guys like this one.”

Oozing with despair and emptying hearts, "Pocket" still manages to be an endearing and powerfully emotive offering, and presents Moby Rich as a dynamic duo willing deliver their darkest times in an angelic and poetic manner.

"Pocket" is out now via TaP Records. Moby Rich will be delivering their Our First EP on 26 October. Find Moby Rich on Facebook.