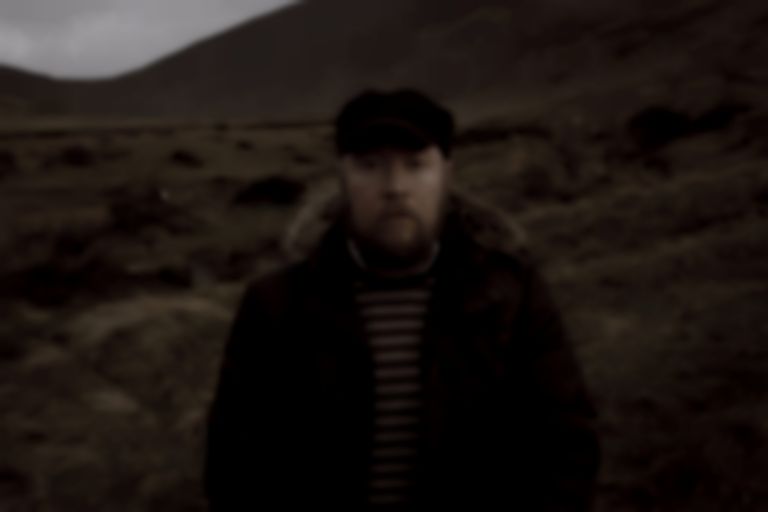 Matt McGinn and Ciara O’neill’s “Bubblegum” is the folk revival’s Derry Girls: a plaintive and devastating reassessment of the futilities of war, its horrors, effects and after-effects

The rise of Gabriel Moreno’s Lantern Society is slowly taking over East London’s nightlife, Catherine Rudie’s Möbius Kiss the airwaves, and Josienne Clarke’s output the Rough Trade release schedule. Step out of the light for a minute and you’ll hear the whisperings of a folk renaissance – not with banjos and flutes or medieval tales of ogres and prostitutes (Richard Dawson aside) – reinstating the troubadour as a someone who can have a political resonance post-Dylan.

The movement’s latest reinforcement comes via County Down, with Northern Irish songwriter Matt McGinn’s Lessons Of War and his new track “Bubblegum”. It's based on the teenage diaries of Bronagh McAtasney, written daily throughout the Troubles in 1980s Derry. She now tweets these entries as @NrnIrnGirl1981, wondering whether she’ll get her hair permed in the same sentence as recounting the IRA men getting shot by SAS soldiers. “Bobby Sands MP was buried today & only 11 people were into our class. We spent a lot of the time telling jokes and altogether the day was mostly free. Adam & The Ants are no. 1 – Stand & Deliver. Bucks Fizz are finally going down.”

Matt McGinn heard this on the radio, driving down to a session where he and Mick Flannery were planning to do some writing together. “It was mad how everyday things that a teenage girl has to deal with – boys, pop stars, homework – were talked about in the same breath as bombs, hunger strikes, soldiers and riots,” says McGinn. “My mind raced back to my own childhood. Experiences of 'the Troubles' that until now were normal parts of growing up, suddenly hit me as vulgar and nonsensical.”

Enlisting the help of fellow County Down vocalist Ciara O’neill and Damien Rice’s cellist Vyvienne Long, he and Flannery created a devastating and elegiac account of war on our doorstep. The three chords that talk about the onset of hunger strikes are the same that unassumingly trawl through memories of TOTP Christmas number ones, alongside a strangely shattering refrain about teenage boy troubles (“Mama I like Johnny down the street, but I don’t know if he likes me”).

“It was always obvious that the main exercise in writing Lessons of War was to remind people – especially those in governments around the world – that they should learn from their mistakes and consider dialogue before aggression,” says McGinn. “Yet it became clear in listening to that interview that living today in Northern Ireland – when there hasn't been a sitting government in three years, and sectarian division is still a major issue – that we need constant reminders of how horrendous the experience of 'the Troubles’ was, and how we can never allow it to return.”

“Bubblegum” is out now. Find Matt McGinn on Facebook.