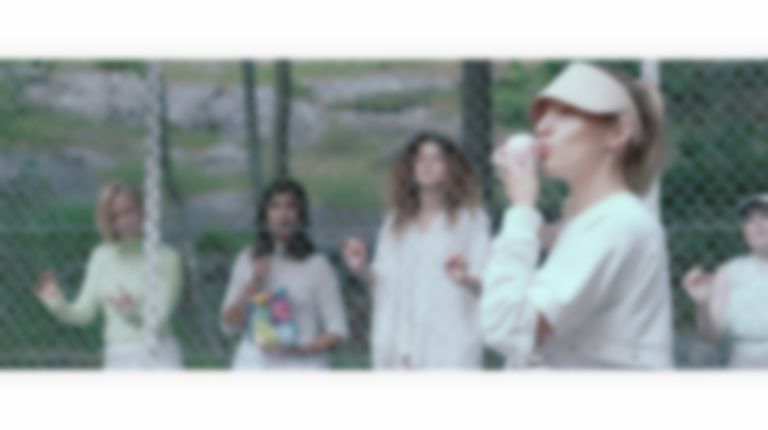 Back in June Best Fit favourite Marlene returned with "All I Want", the first taste from her eagerly-awaited new EP. Today, the Swede treats us with the video for new track "Sweet".

While not the official second single from her EP, it finds Marlene in prime summer mode once again. "Sweet" is a finger-clicking R&B gem co-written once again with fellow Swede Ji Nilsson, further evidence this is a song writing team to be taken very seriously.

As the song swoops and dives around a delicious melody, you can positively feel the sun on your face...so it's appropriate the video features that most summery of sports, tennis. Or at least Marlene's take on it.

Directed by Palmer Lydebrant and shot by Adrian Wigerdal, it features some of Marlene's musical friends including Adam Tensta and Min Stora Sorg displaying their "tennis" skills and of the video she explains, ”I played tennis for a couple of years when I was younger and it is the only sport I have ever really loved. The same day as we had written 'Sweet' I sat at home listening to the song in my headphones and when I closed my eyes I got this image in my head of a bunch of friends playing a crazy made up game of tennis. The idea just fit so well with the energy of the song and I thought we could make something really fun with that."

"Palmer (the director) did such a good job taking that first idea and making it come to life. I also love the tennis fashion and knew that the styling would look so fab! It was the best video shoot I’ve been part of! We had so much fun and everyone really gave it their all. We played some very creative tennis that day haha!”

Marlene's new EP will be out later this year and we expect single number two "Why Didn't You Tell Me" sometime next month. In the meantime, watch the video for "Sweet" below.