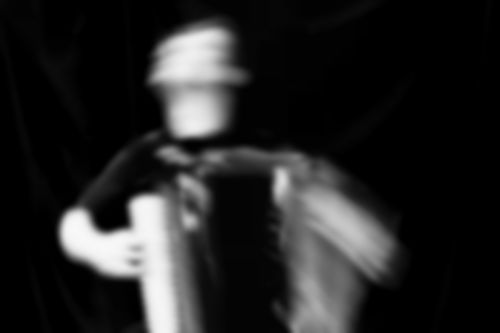 The Bosnian-born Swiss accordion player Mario Batkovic is a master of his chosen instrument, as evidenced on this minimal-yet-immersive new offering.

Signed to Geoff Barrow's Invada Records label, Batkovic's music bridges both classical and contemporary experimental music. Here on "Quatere" the only instrument to he heard is the accordion, but it does the work of a full band or a bank of synths.

The bass notes act as the rhythmic anchor (almost like an 808), while the higher notes dance lightly across the track simultaneously sounding like the bright strings or woodwind found in the minimal classical of Philip Glass, or the modern ensemble compositions of  Clogs. It's stirring from start to finish, going from early dark intensity, through lighter passages to a rousing, climactic conclusion.

Batkovic explains "Quatere means to shake, or to agitate and is meant in the style of a kind of mirror being held up to our world and society. It's a simple concept which has some depth, in as much that I try to find the beauty within the deep darkness. In this type of music there are small patterns that repeat themselves again and again, but each time they are repeated in a slightly different manner, and so, over time and almost unnoticed, a progression is made. This concept can also be applied to the development of a society. In Quatere, repetitive patterns are played which slowly change and evolve as the track progresses. The style in which the accordion is played is also very representative, as I am physically shaking the instrument as I play. If you start to shake the things that you find around you in your life, then you in your own way can start to make small changes in society."

"Quatere" is taken from Mario Batkovic's new self-titled album, which is out 17 March via Invada.