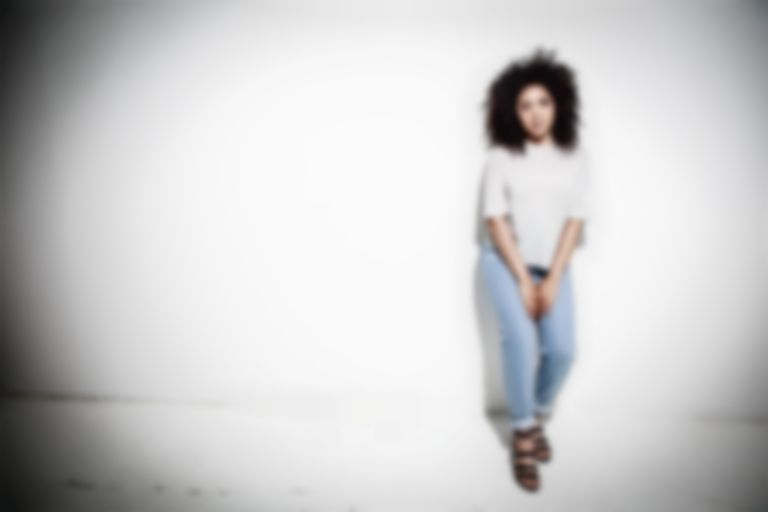 At the back-end of 2013 Mapei reappeared with her comeback single and caused quite a stir at Best Fit editorial; ”Don’t Wait” basically epitomises what a perfect song should be in 2013. Life will not be the same after the following three minutes and thirty five seconds.”

Having been on a hiatus of sorts since the release of her 2009 EP The Cocoa Butter Diaries, “Don’t Wait” was basically all we needed to become hooked on the Stockholm-based artist. Its youthful theme, brilliantly bare production and poptastic finger-snaps propelled her directly towards the very top of the vastly competitive female-fronted electro-pop scene. Eight months down the line and this track still sounds as infectious, boisterous and inspiring as ever; it’s little wonder it has enjoyed over 2 million Soundcloud streams.

With the unveiling of a massive second single “Change”, the announcement of her Downtown/Columbia UK released debut album Hey Hey on 22 September and an eagerly anticipated show at London’s Cargo on 2 July, we caught up with the star-in-the-making during a trip to the Capital. Say hello to Mapei; you could, and should, be seeing a lot more of her in the very near future.

What have you been up to in London?

Just a lot of press and interviews, I’ve taken some pictures - it’s been cool! I was out last night so i’m a bit tired. I was going to go to Boiler Room to see a load of grime rappers but didn’t make it in time; I was just floating around talking to everyone!

How did you get into making music?

It’s always come natural to me to sing and perform. I used to entertain my parents! I’d stand in the living room and do these little shows; I started doing that from a young age and in kindergarten I made a speech on how I wanted to sing and stuff. I took music classes in high school too; they taught us how to write music and read notes, which was great. I did a demo with two rappers when I was 12 and the hook was really good, but I guess I really started writing for real in 2002.

You originally started writing rap music; what changed to make you want to move towards pop?

I really wanted to rap because I was really angry before! But funny as well! Something in me wants to be beautiful and feminine now and I think that goes with singing. I’ve always been a Tomboy and trying to be loud worked well for rap before, but now I want to sing. I do have some rapping on the album though.

Was that a conscious decision to embrace the singing?

I’ve actually always wanted to sing but I’ve never had the confidence really. I recorded a lot of me singing but felt self-conscious to put it out, and I thought I sounded better rapping so i just did that. “Don’t Wait” captured my personality and the way I want to sound, so I’m really happy with that song; it’s taken a long time to write a song like that.

Is it a good indication of the direction you want to take?

You’re working alongside some incredible producers like Magnus Lidehäll; how are you finding the experience?

They’re allowing me to express myself and when I come with ideas they seem like they know what im talking about. If I say, “I want this to sound like I’m going down a black alley and I’m really dangerous and driving a black cadillac”, he’ll know what I’m talking about! It’s how I’ve made friends throughout the years - through music and thinking alike.

You’ve moved around a lot; what has that travelling been like?

I was born in Providence but moved to Stockholm when I was 10 and I’ve been there ever since. I used to go back to the States every summer and play around the fire hydrants listening to hip-hop and going to barbecues. Then in the winter I would be chilling with all these different cultures that exist in Sweden now. I’m used to being in different settings, I’m a nomad; I just really want to find a home!

Do you find it difficult?

I don’t mind floating around, but there are times I just want to sit on a porch and call a place my home. I really love Ethiopia, that was really nice; maybe i’ll go there!

Has the Swedish music scene had a big influence on you?

Definitely. But also American music has because that was the music I listened to in Sweden and that’s what people try and copy. The hit producers in Sweden want to make Americana-type music. America’s really influenced me - stuff like Wack M.C. and all these 90’s R&B videos - I’ve been really inspired by them.

What can you reveal about your record?

It’s coming out in September. It’s feel-good, fluffy, girly, tropical and dope! I hope people like it!

”Don’t Wait” has had an incredible amount of internet attention; have you enjoyed it?

It’s been so nice! I had a little party on the internet while people were tweeting a lot about it. I was sitting there listening to it over and over and had this amazing feeling in my body. I just set up a Twitter with the release of the song and people were like, “She’s back!” It was cool but kind of scary! “How did so many people find this?” I have a million views, it’s like, “Who are these people!?”

Downtown is a great label; how are you finding it?

It’s a good home. They’re not too hands-on but let me do what I want to do. If I have ideas they’re not controlling, they will just help make it happen; I’m just trying to create.

What do you enjoy doing away from music?

When I’m not recording I like chilling with friends and family. They didn’t really live in Sweden with me, so I’m sort of reconnecting with my family now. I’ve been eating a lot with them lately!

Mapei’s debut full-length Hey Hey will be released by Downtown/Columbia UK on 22 September.