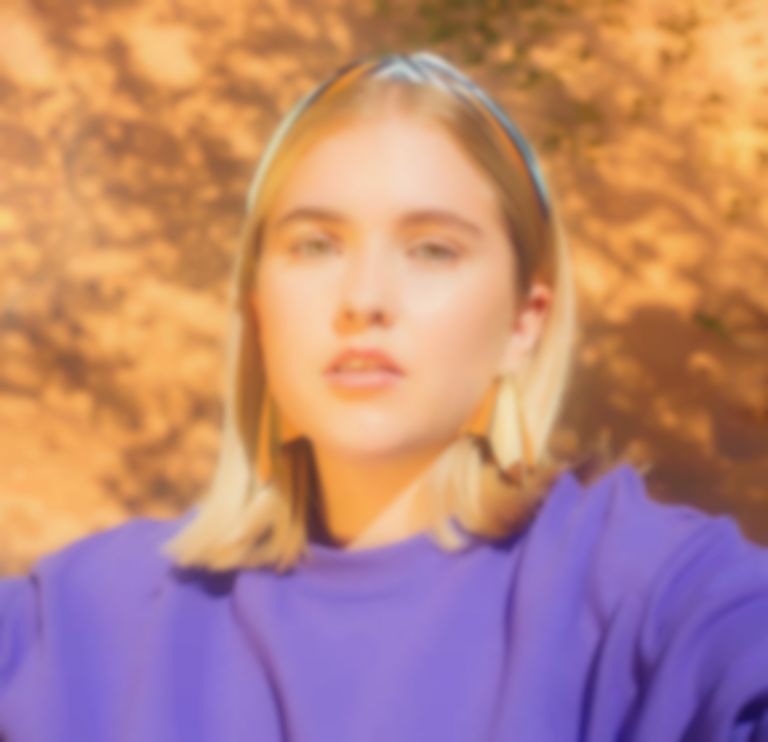 With punchy lyrics like “My name isn’t ‘Baby’” and “We don't want your dick pics”, rising Swedish export LOVA's new cut “My Name Isn't” is a fiercely inspiring call-to-arms.

The track is a powerful message about self-image and self-control, with LOVA (aka 20-year-old Lova Alvilde) declaring her independence from the male gaze. It's basically a fuck-off in capital letters to anyone who sees women as objects.

Alvilde says: “It is nothing new that us women are tired - tired of living in the background of men, tired of having to raise our voices to be heard, tired of feeling afraid late at night, and tired of always adjusting for men who cannot keep their hands and mouths under control.”

LOVA's slick, smooth-flowing pop bubbles along on bouncing synths, smart production touches and a choppy, angular, rhythmic chorus. What makes her stand out is the sheer self-confidence she brings to the song - she walks all over it like it’s her back garden, supremely at home in the middle of her music.

“The whole drive behind the music is me wanting to open up conversations and me wanting to affect people for the better,” says Alvilde. “Like in music production, I had no female role models at all. It was all men. I feel like now it's getting better, but girls need to have people to set an example. I want my music to reach a lot of people and I feel like I have a responsibility with my music to touch on things that are happening now.”

2018 was a good year for LOVA, who released her debut EP Scripted Reality and scored a solid hit with the single “You Me And The Silence”. With all that behind her, she’s entitled to feel confident going into 2019. Her tenacious new single is another reason to feel sure-footed, with a new EP due later this year.

"My Name Isn't" is out on 18 January through Republic Records. Find LOVA on Facebook.