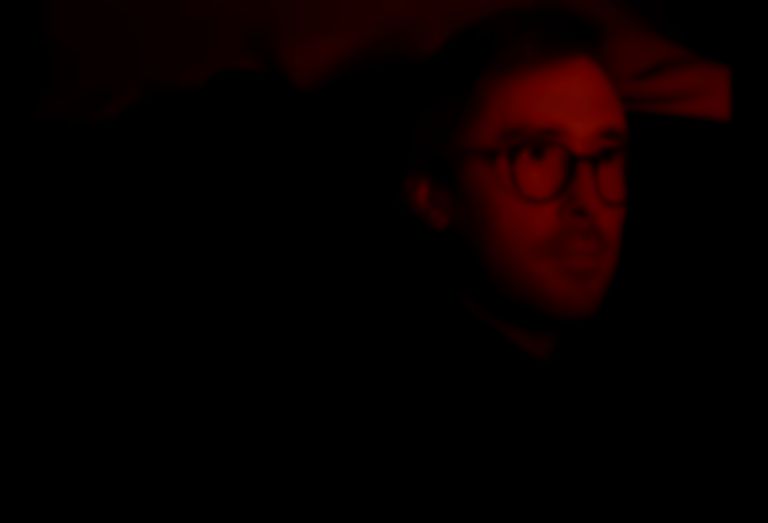 Following on from "Love Can Pass You By", "Figure It Out" serves as another hors d’oeuvre for Lou Price’s upcoming debut EP Parkside Grooming.

Fresh off the plane after packed out shows in Japan, like many bands, in March last year Swimming Tapes found themselves in stalemate; unable to write and perform together. And while some may see Lou Price’s striking out alone as a slight on his bandmates, Price has been making music under various guises with his bandmates and best friends for many years; so it’s a creative outlet rather than the end of Swimming Tapes, you’ll be pleased to know.

Whereas we’re used to Price’s smoldering Northern Irish vocals taking on the figurative, his first solo offering "Love Can Pass You By" paved the way for more emotive and personal themes – centering around how it is actually really hard to love sometimes. "Figure It Out", whilst a bit more biting and indurated, continues with the vulnerability and rumination.

“It marks a slight change in approach for me lyrically compared to previous avenues, in that I suddenly felt more comfortable putting down more personal experiences, feelings and thoughts, rather than inventing a metaphorical dreamland or character,” says Price.

And nothing comes more personal than the sheer apprehension and acrimony of everything that happened last year. “It was written in March 2020 in a moment of anger and confusion about the chaos and blatant mismanagement of the pandemic by those in power and about how epidemically narcissistic our society has become (probably around the time toilet-roll-gate was going on...).”

Price is joined by Hand In Hive labelmate Zoe Mead (aka Wyldest) on backing vocals, and their pastel hues coupled with the unravelling guitars are as woozy and tender as you’d imagine, despite the ire the topic ignites. “You’re kinda freakin’ me out” propulses Price, in a line that so perfectly sums up how we were all feeling.

Price has always had this innate vocal that’s like the tide caressing the shore; with a subtle hint of melancholy akin to a sort of sadness behind the eyes that propels his searingly honest delivery. More of which we’re promised in July when Parkside Grooming is released, taking on the breakdown of his parents’ marriage when he was a child and the realities of living in London as an artist.

"Figure It Out" is accompanied by a rather menacing video that sees Price ditch the mask in favour of a motorcycle helmet, directed by Babysweet.

“Figure It Out” is out now and the Parkside Grooming EP is out 16 July via Hand In Hive. Find Lou Price on Instagram.