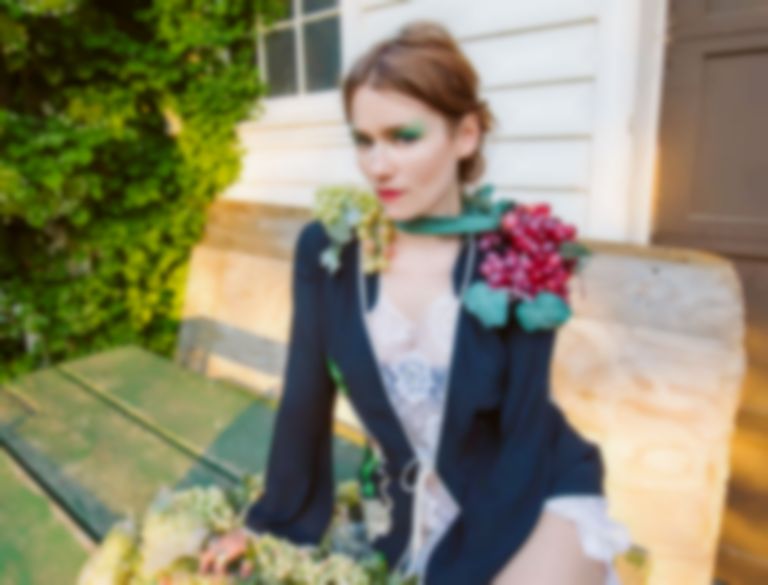 Toronto singer/songwriter and multi-instrumentalist Lou Canon has unveiled the subdued yet soothing "Sleeper Wave", which appears on her third LP Audomatic Body.

"Sleeper Wave" is the fifth single to be shared from Canon's newly-released Audomatic Body album, and sees Canon delve into soft, lullaby-like instrumentation that emphasises the angelic tone of her soothing vocals.

Canon's new outing still maintains her intricate melodies presented on earlier singles "Invisible Desire" and "M.O.T.R.", but delivers a more melancholic tone with the ghostly vocal layers as she sings directly to the face of death, "I'm afraid of you, Mr. Death / Coming at me like a sleeper wave / Nobody expected, you could leave this way."

The chorus is haunting and like a lullaby at the same time. The brooding electronica swells as Canon repeatedly sings "Say goodbye / Say goodbye" - her dulcet vocals fading into the melodies at the end of each sentence like a wooden boat disappearing into a heavy mist sitting on the ocean.

Canon's new single embodies her respect for the ocean, while also acting as a cathartic track following the loss of one of her close friends.

Speaking to American Songwriter about the track, Canon explains, "I am equal parts enthralled and equal parts terrified of the ocean. Every day while writing in California I would break somewhere around four o’clock, walk down to Goat Rock Beach, and listen to my works in progress. I would always pass by these cautionary signs warning about the sleeper wave: a rogue wave that would creep up out of nowhere, take you from your lull of comfort, and drag you deep into the unknown waters. They were unpredictable. Striking at random. So wildly devastating. At the time I was also dealing with the loss of a friend – my publicist. And I couldn’t help but draw a parallel between unexpected death and the dreaded sleeper wave."