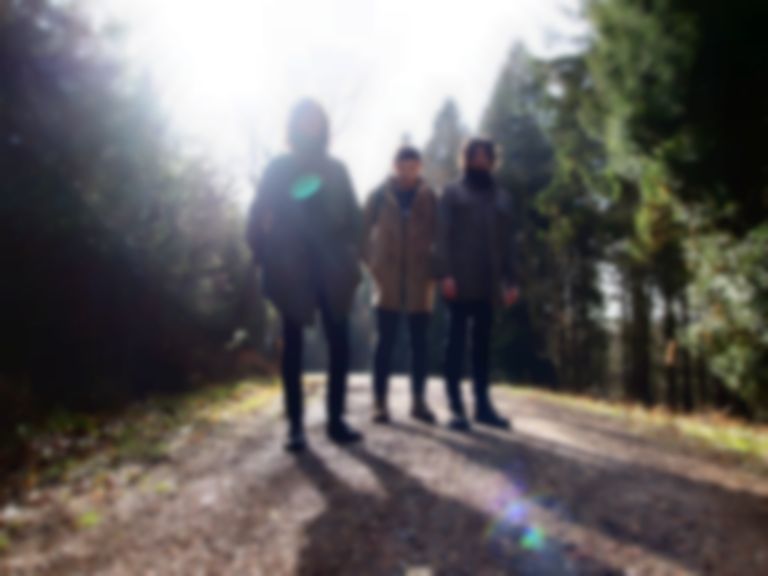 It's rare for us to unveil a "premiere" from an album made over five years ago, but when it's as special as this track from Lost Left we kind of have to make an exception.

Lost Left were/are a band who made an album called Levollinen and self-released said record back in 2012. But then the band broke up shortly afterwards, meaning that there were just a lucky few who knew the band through owning a copy of the homemade CD or may have caught them live.

Made up of Ben Pritchard (vocals, guitar), Bobby Crawford (drums) and Chris Pollack (bass), the South London trio had recorded some of Levollinen at Pritchard's home before travelling up to Scotland to finish off the record with producer Marcus Mackay (Frightened Rabbit, Kathryn Joseph), the husband of Claire Mackay who runs Hits The Fan Records, the long-dormant record label reactivated in 2015 to release Kathryn Joseph's debut album and through which Levollinen will be re-released.

"Thank You For The Lung" is a slowly-unwinding meditation-jam which evokes a variety of alt.rock and classic indie touchstones; there's virtuosic guitar work from Pritchard which would appeal to fans of Yo La Tengo and Stephen Malkmus, his reedy and unaffected voice imbuing lines like "I miss you, when you tell me who you were" with sincerely, rather than becoming gnomic utterances we need to dissect and analyse.

The recording of the tracks leaves a live feel intact and across the record as a whole there's an improvised, nebulous air, reflecting Pritchard's musings on solitude and the influence of Finnish expressionist painter Alvar Cawén. There's nothing to tie "Thank You For The Lung" down to a physical space, it's music which lives and breathes, and changes direction in a moment. Flatness of form in the bass and drums is transformed through Pritchard's emotional engagement with us and the subject matter, and it must be this connection - that fleeting moment we should never let go if it really means something - which saved Levollinen from being forever lost.

So, Lost Left are gone and we'll never hear this album played live. Pritchard continues to play solo on prepared guitar, a sound somewhere between Jason Molina and Richard Youngs, bearing little resemblance to his former band yet no less entrancing.

Levollinen will be released on 29 April through Hits The Fan Records, with "Thank You For The Lung" out today as a 7" single and as a Bandcamp download. However, you can listen to an exclusive radio edit of the track below