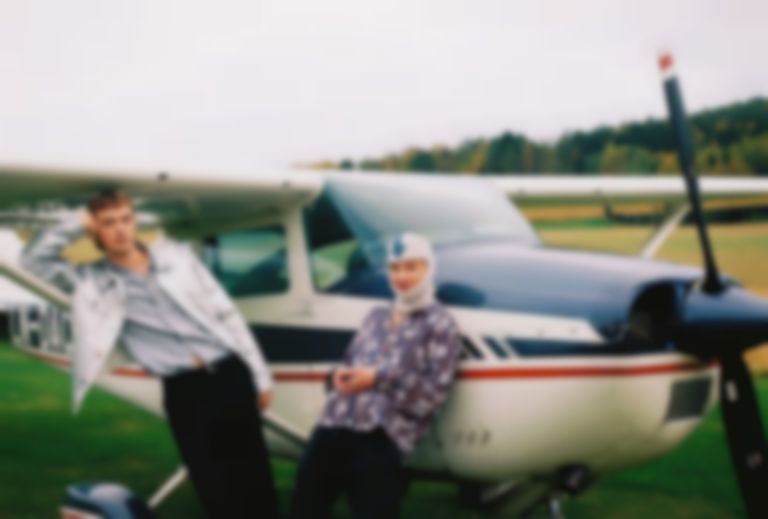 Written, recorded and mixed in just eight hours, Norwegian producer Lokoy expands his soundscape even further with new single “both eyes”. The track is another duet for the artist, featuring Safario, and comes with the announcement of debut album Badminton.

Coming in around the two-minute mark, Lokoy’s new single “both eyes” is a condensed bop that packs one hell of a punch. The track has just as much attitude as it does plucky energy and showcases the fun side of the producer and fellow Norwegian Safario. Imagine if Beastie Boys messed around with synths a bit more and you would end up somewhere near the pair’s latest offering.

Plucked from the upcoming album Badminton, Lokoy’s debut collection is set to be a 15-track experimental pop exploration, with a whole host of talent joining him in his quest - including Safario, Nils Bech, Emilie Østebø and Moyka - but fans can expect to see Lokoy come into his own on certain emotion-fuelled tracks too.

"We met at my studio on a Sunday (20th September, to be exact),” explains Lokoy of how his collaboration with Safario came about. "We were supposed to finish an old song, but then Kacper said 'we’re making a banger today'. And so we started. And it was just the most natural process ever where everything just fell into place instantly.

"We spent eight hours there in the studio and the mix we're releasing is the raw mix from the session and we literally haven’t touched the song since.”

The “both eyes” that the lyrics mention, confront the harsh realities of the digital world; the idea that we show two sides of ourselves, the real one and then our online persona that typically doesn’t divulge the more difficult times of our lives.

“Electronic life is malnourishing for people. Everyone should stop hiding what's difficult in their lives!” Lokoy continues. "Those more troubling times are a big part who we all are - and it's important to deal with them and not just brush them under the carpet."

"both eyes" is available now via Propeller Recordings, with the debut album Badminton to be released 22 January. Follow Lokoy on Instagram.