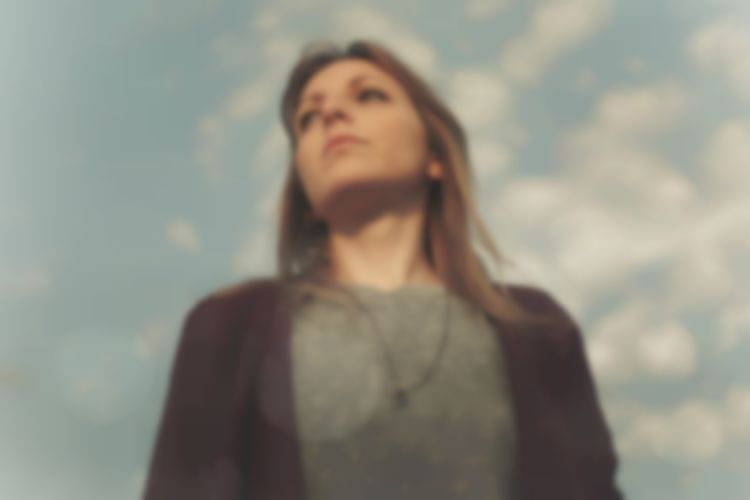 Italian producer Matilde Davoli, based in London, is teasing upcoming debut I'm Calling You From My Dreams with new single "Dust".

Originally from Lecce, Davoli swapped provincial living for the hubbub of LDN in order to pursue her love of electronic music. "Dust" is taken from her forthcoming first full-length - the summation of those dreams in physical form.

"Dust" is chock full of psychedelic melodies and crispy off-kilter beats. The synths, doused in '80s pop and intergalactic charm, crumple against a semi-swing backing, and the track feels kinetic. It moves around you, engulfing your sense.

Speaking at length about the album, Davoli speaks of regret, disparate influences and escape:

“It's about the friends, family, places and things to which I'm bound and my desire to help these amazing people to find happiness. It's a record that talks strength and sweetness at the same time... I’ve always gravitated around folk, acoustic and psychedelic rock, with the surrounding mood of Italian soundtracks that I deeply love, but here I feel like grown to a new maturity in which I’m now blending all of my influences. This is the first time I've let myself go solidly electro, synthetic soundscapes. I think this album is a good proof I've got a very open set of influences.”

Davoli is also an audio engineer and producer for other artists, and raised the necessary funds to create I'm Calling You From My Dreams via Music Raiser (a Kickstarter-type endeavour).

Explaining her rebirth that led to this record, Davoli added:

“I had the urgent feeling of wanting to do something on my own. This time was about not compromising but getting all of it out. I was ready to talk about me and just me, and I wanted it to happen. This is my first solo album, the first steps of something new. Right now I feel like a baby again, making its first steps in the world. In all ways it's an adventure.”

Davoli's debut LP I'm Calling You From My Dreams is out 1 June on Record Kicks. You can pre-order it here.

Check out "Dust" below.