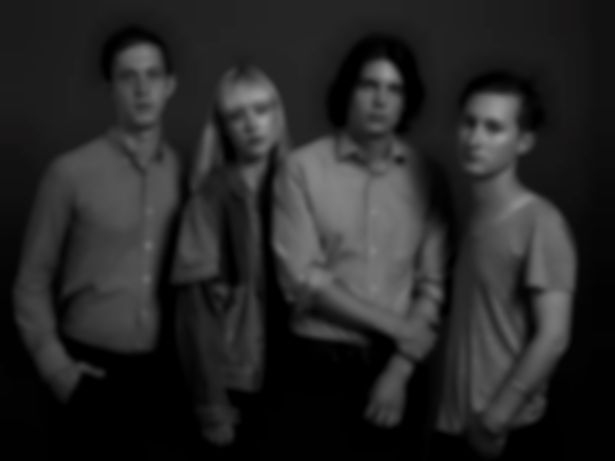 New York experimental-rock band forest fire ‘s album teaser, ‘Waiting In The Night’ is the musical equivalent of a sugary cloud of candyfloss; a dreamy, psychedelic-indie tune that begs to be lost in.

Whispering vocals reminiscent of Citizens! lead singer Tom Burke are folded into sliding guitars and a warm synth riff lifted from one of the gazillion Final Fantasy games. The band may be one member leaner, but upcoming LP Screens has been recorded with an outside engineer in a studio for the first time, making their washed-out sound more focused than ever before. A lush, atmospheric window into their new material that’s spreading across the blogosphere like, well, wildfire.

Screens is out via influential Brighton label FatCat on 2 September.