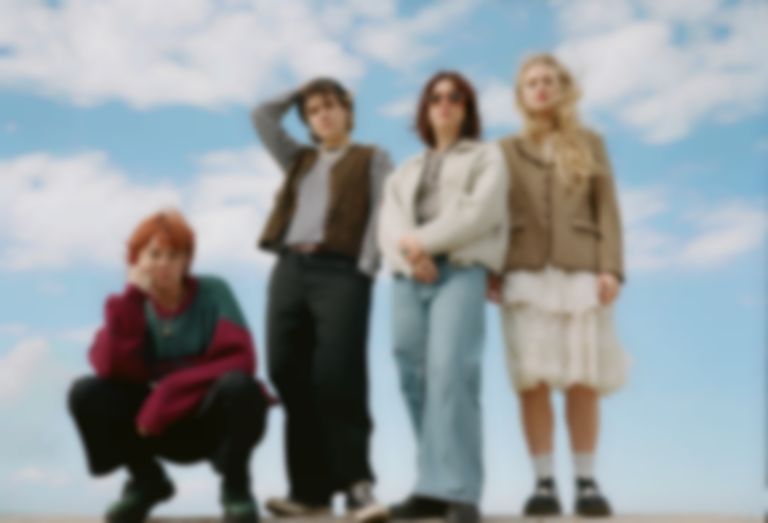 Brighton-based four-piece Lime Garden reject any boundaries on their hypnotic track "Clockwork"; all the while shedding light on the apprehension of adulthood.

With their laid-back energy, undeniable swagger, and lo-fi style, it’s easy to see why Lime Garden are one of indie’s most promising offerings. The young band, consisting of vocalist Chloe Howard, guitarist Leila Deeley, bassist Tippi Morgan and drummer Annabel White, formed as teens whilst still at college and have since hurtled to music industry success with gritty indie singles “Fever” and “Sick and Tired”.

Growing equally in confidence as they have in sonic output, Lime Garden now return with “Clockwork” - a brooding track that navigates the harsh reality of coming of age via thick basslines and futuristic guitar riffs. The track provides an incisive look into who the quartet are becoming as a band as they parallel modern anxieties with a gritty edge.

Speaking of the forthright track, vocalist Chloe Howard explains, “‘Clockwork’ was written at a time when we were feeling trapped in the cycle of our everyday lives. We wanted to capture that sense of being caught in a continuous loop where emotions sometimes lead us to a dark and frantic mindset. We’ve grown up being in this band at this point. Somewhat losing that naïve childlike feeling of expecting to feel on top of the world every day.”

“Clockwork” is out now via So Young Records. Find Lime Garden on Instagram.