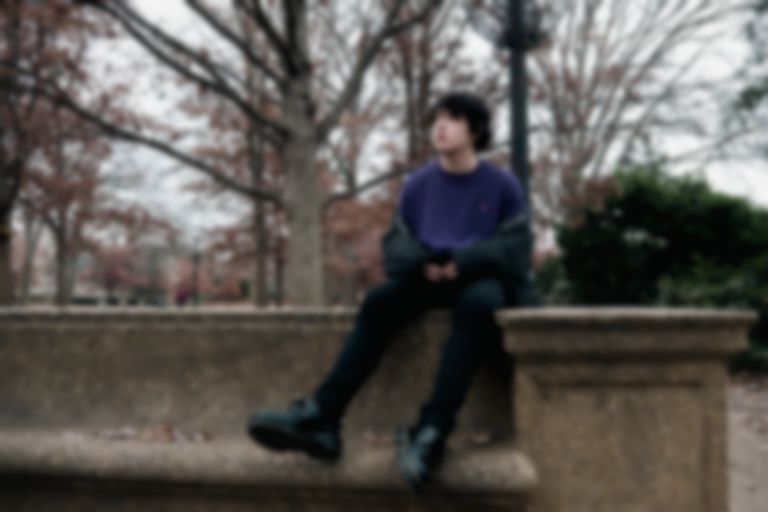 With his new single “pretty things”, kuru, a D.C-based high schooler, has poured his stream of consciousness into a computer, warped it accordingly, and posted it online. It’s a fascinating offering from the ever-growing hyperpop scene and the lead single of his debut EP, splitting time.

While placing himself within the pointedly Gen-Z hyperpop and digicore genre, kuru is revitalising its roots. Typically, its chief proponents meet and collaborate via online platform Discord, largely promote on Soundcloud and TikTok and generally resist any strict classification. So much has been written about the scene in recent years that when Spotify created a playlist dedicated to the ‘genre’, some of its pioneers feared that its refusal to be exactly that was under siege.

If any broad tenets of hyperpop were to be established, one must certainly be that many songs can be made entirely from a laptop. You might also conclude that abrasive (sometimes to the point of discomfort) digital production is also a staple. kuru’s “pretty things” is a touch more melodic than the work of the peers he often collaborates with – a product of his process.

While creating his debut EP kuru shunned the online-only practice that kickstarted his career in favour of in-person writing sessions in L.A, Atlanta, or his own D.C. It may not appear a radical choice, but many of hyperpop’s recent stars found the scene after exclusively existing online was the only option for the best part of two years.

This said, “pretty things” still takes part in the glitchy, computerised sound that has become associated with the genre-that’s-not-a-genre. What marks “pretty things” out from its often-coarse contemporaries is that the vocals have been twisted and autotuned so that they glisten in a way that’s charmingly tinny.

The track is split into two parts, the first of which is led by a sprawling drill-type beat, providing a brilliant contrast to the chipmunk-pitch vocals that dance above it before moving onto a slower trap beat for the final third. kuru’s own delivery is a singing-rapping patchwork; his lyrics tumbling over each other to keep up with the fidgety, keyed-up feel of the song.

“"pretty things" is the first full song I made coming out of a massive creative block,” kuru tells Best Fit. “I previously felt like I was burning myself out trying to create something super unique, so this song means a lot as it required me to tap intuition to get out of my creative drought. It also expresses my feelings about people who have pretended to be close friends with me in the past but showed their true colours.”

At only 16 years old, one gets the impression that kuru’s sound could be wildly different within a year. For the genre-bending puritans of the hyperpop scene, this is perhaps the point. For now, “pretty things” and the subsequent EP provide more than enough intrigue.

"pretty things" is out now, with the debut EP splitting time set to release on 18 February via Cascine. Find kuru on Instagram.