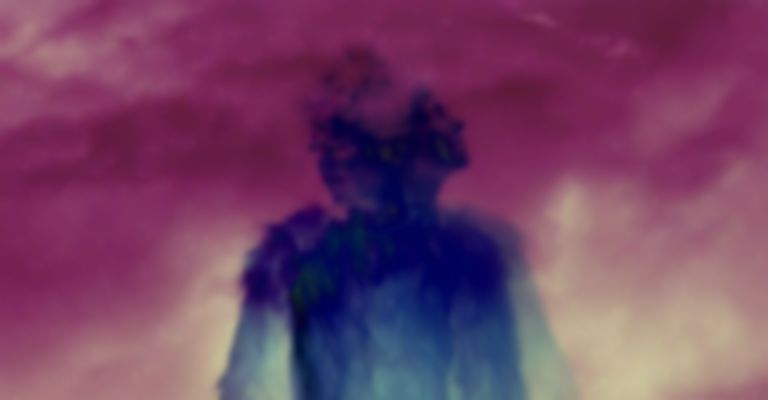 Oslo-based collective and record label KOSO are on a fine run of singles and discoveries at the moment, and we can now add Kine Hjeldnes to their increasingly impressive roster as she releases her AA-side "Feathers/Morpheus".

We've told you lots about KOSO in the past and their fine releases from Pieces of Juno, Anana and Sara Angelica so it's no surprise that these two tracks are pretty special. "Morpheus", the track we're featuring below, is a stunning showcase for Kine Hjeldnes' persona.

While the instrumental side of the song is a terrific mix of vintage sci-fi sounds, gothic synth bass and snapping percussion the real star of the show is Hjeldnes' voice which reaches almost operatic levels of drama at points, has hints of Kate Bush, and more than a hint of menace as she sings of dreams, the sea and pain. When Hjeldnes sings "I could not scream" over and over it's as enticing as it is terrifying.

Ahead of Friday's release, we caught up with Hjeldnes for a little introduction.

Hi Kine, can you tell us about your quite dramatic sound? How did this develop?

It definitely developed over time. I started writing songs on a guitar back in 2008. I was more into folk and soul, mainly acoustic and warm music at that time. I listened to electronic music as well but it didn’t really make me curious. Not before i got introduced to Susanne Sundfør's The Brothel. That record changed my way of thinking about music. I kinda got a little obsessed with her to be honest. Her lyrics, the conceptual take on music, the synths and the classical touch blew me away and pushed me into the soundscape I am traveling today. It’s a love/hate relationship. I adore her music but I’m so afraid of sounding like a bad copy.

Who or what are your influences,musically and outside of the music world?

Well obviously Susanne Sundfør haha! But also David Lynch. The weird mix of different emotions, mood and awkwardness in his films always leaves me inspired. Just his persona and the way he comes across in interviews and talks is interesting enough. And the Twin Peaks theme! Angelo Badalamenti's chord progressions. There was a concert with Stian Westerhus that got burned into my memory, it felt like a transcendental experience, it's one of the best concerts I’ve ever been to and it still inspires me a lot. But the biggest influence is science. I’ve been watching tons of documentaries about the universe, the M-theory, quantum mechanics for dummies. All the questions it arises is something I can’t stop thinking about. And I simply can not understand why people aren’t more obsessed about it! Here we are, living our lives on this little tiny ball that orbits a little star in a huge universe that might be just one in an infinite number of universes. I am not capable of grasping that at all. It’s very disturbing. Also, I find the language scientists use when they talk about strings, membranes, dimensions and cosmic bubbles so poetic. Michio Kaku and Brian Greene have definitely inspired my lyrics.

What does it mean to you to be working with KOSO?

Before I started working with KOSO I felt pretty lost. I was tired of trying to make it on my own in this business, I felt like I was knocking my head against a wall and it was really good to finally meet someone who believed in me. The women at KOSO are a super talented, hard-working, bad-ass crew that I’m stoked and proud to be a part of. I can’t wait to see what the future holds!

Is there a theme which links "Feathers" and "Morpheus"? Or can you tell us the separate stories behind the tracks?

Both of the songs came from the same place. I imagine a visual world when I write and I try to describe the scenery through the musical mood and through the lyrics. Both "Feathers" and "Morpheus" is about disguise, escapism, longing and anger. "Feathers" is a result of me trying to convince myself that I was good enough, that I could write a good song. I was alone in my “studio” in the middle of the night telling myself “you are not going home before you have a good song”. I was quite desperate and there were definitely not a good energy in that room at the time. I think you can hear the relief in the chorus, finally it starts to flow.

What can we expect next from you?

I have a lot of material that I want people to hear but I’m unsure of how much I’m allowed to say about it at this point :)

Both "Feathers" and "Morpheus" are out Friday 23 September via KOSO