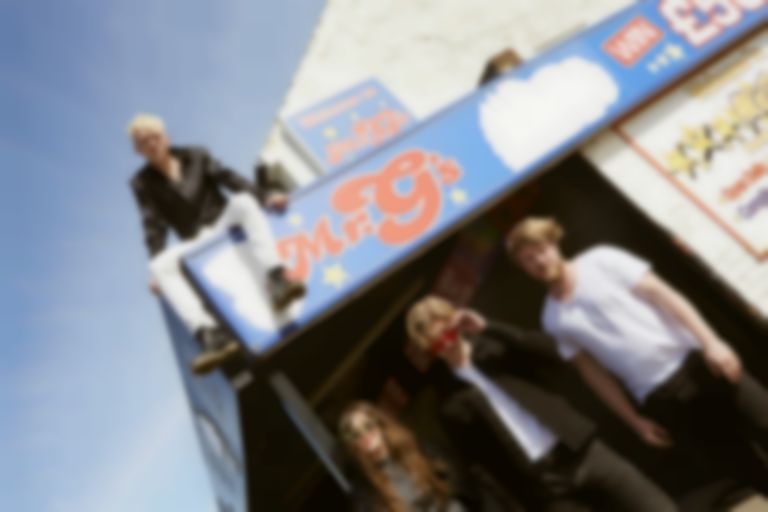 London four-piece Khartoum deliver a slick indie summer anthem on "Took It All Away", which will feature on their forthcoming debut EP Vulltures.

"Took It All Away", which follows the group’s EP title-track "Vultures", sees the four-piece - made up of lead singer Oscar (also the grandson of Marianne Faithfull), lead guitarist Cam, bassist Jake and drummer Scarlett - fuse Americana-style electric guitar tones with dreamy vocals to deliver a heartfelt song about trying to maintain your own identity while in a relationship.

The opening guitar slides and the foot-tapping rhythm introduce the band’s instant charm, which is reminiscent of Eagles tracks and Sunflower Bean, but still maintains a fresh tone that is like quenching your thirst after being stranded in the summer heat.

Khartoum’s new outing, produced by Hugh Worskett (Michael Kiwanuka, Will Joseph Cook), also has an alluring Wild West appeal with the harmonies, as Oscar sings, "Come i'm innocent / I just need a minute to get back / To the love that's keeping me wild."

Speaking about the track, the band say, ""Took it All Away" started as a patchwork of ideas that were woven together around the theme of dependencies in relationships. There’s a fine line between wanting to hold on to things because they are convenient and keeping a relationship alive, and making the necessary changes to preserve ourselves. We’re all looking for heroes and leaders but acknowledging the things that make us wild is what keeps us true to ourselves."

"Took It All Away" is out now. Khartoum’s debut EP Vultures will arrive 20 August via Young Poet Records. Follow Khartoum one Instagram.