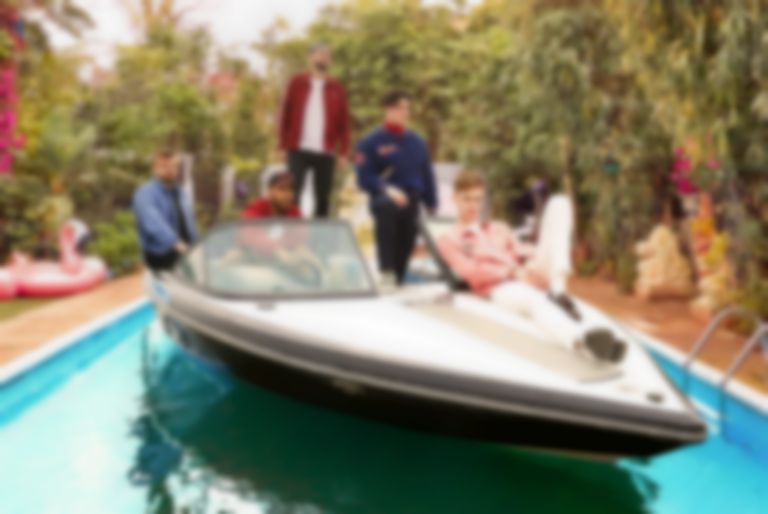 KAWALA's new track "Play it Right" tackles the difficulties of songwriting, "set from the perspective of an internal voice guiding you through the many obstacles faced when trying to write a screamer," say the band

It's the first track released on the band's new label home - Virgin EMI - and sees them follow-up two acclaimed EPs on the Mahogany label. While they describe their music as "indie meets folk meets afrobeat", "Play it Right" sees the London five-piece make a sound that updates the tenderness of noughties indie, chanelling the nascent melancholy that ran through Fleet Foxes, Bombay Bicycle Club and Foals once upon a time.

"We wanted to convey the classic feel-good story line of someone building up confidence and overcoming hardships," the band tells us about the offbeat video for the song. "Somehow it’s ended up as a super weird Sci-Fi '80s vid in which we as a band come to life from a tape and act as a metaphoric encouragement force..."

Up next for them is a slot at Reading/Leeds and a 13-date headline tour in October.