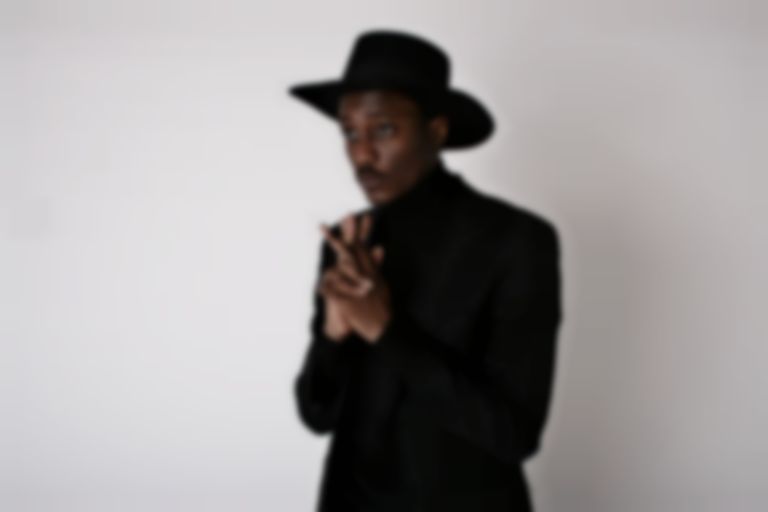 A blisteringly fresh take on leftfield RnB with shades of the abstract, Madrid-based talent JOHN GRVY (aka J.E.Edward) makes his debut at next year's SXSW and has just dropped a pulsating Ellie Herring remix of recent track "I Want You Here".

The engimatic GRVY (it's pronounced "gray") was a standout at Monkey Week last month. Born in Benin City, Nigeria,  he moved to Spain at the age of 5 after his older sister passed away due to a lack of a good medical care. "My mom decided that she would rather raise me up as a single mother in a 'better place' than suffering from the idea that something like that could happened again," GRVY tells me. "She's the strongest person I've ever met till now." At 12 the family moved to a small village in Toledo and GRVY came back to Madrid for college, where he's remained ever since.

"I started making music almost accidentally," he explains. "Being the only black kid in school in a small village, an older friend of mine thought I would be a good rapper. I was horrible but managed to record a song for the girl I was dating at his home studio. I really enjoyed the experience and I started making beats and recording with a PC mic. I felt in love with doing music just for me to vibe to - but unfortunately we broke up months later."

GRVY's early sound was a bedroom take on chllwave - mainly due the the poor quality of his computer microphone. Hooking up with his producers and bandmates Alex and Pablo LWLGHT gave him the freedom to focus more on other elements, namely the presence of his voice and experimentation with modulation in "all kinds of beats".

He describes his sound as "something like pop/electronic beats highly influenced by hip-hop with some soulful modulated vocals. It's something I don't like to think much."

And what's his take on Ellie Herring's remix of "I Want You Here"? "I think it's really catchy and gets you in the mood when when you're mentalized to go raving."