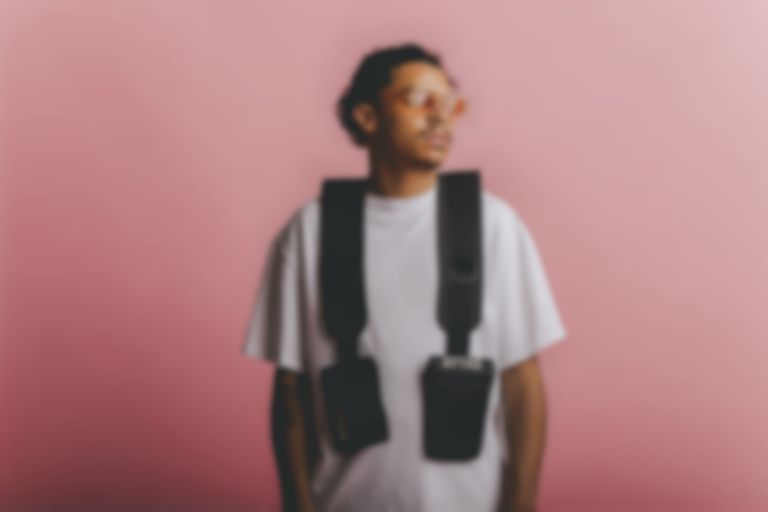 Dutch producer Jarreau Vandal teams up with TĀLĀ on vibrant and funky new bop "What You Saying?"

Nearly a month after his funky and slick "Westside" offering, Jarreau Vandal is back with another taste of his fast-approaching mixtape Anthology.

New track "What You Saying?" is a chaotic collision of vibrant melodies, much like a firework display.

Splashed with R&B tones from TĀLĀ's soulful and sultry vocals, Vandal adds a youthful edge to the track by distorting the track name on occasion to break up the serious context of finding out where you stand with a love interest.

Vandal has a faultless habit of providing picturesque beats that are near paradisic, and "What You Saying?" is oozing with sandy shores, coconut-filled palm trees and synths that sound like muffled steel drums.

We had a bit of time to catch up with the Dutch beatsmith. Read our Q+A below new track "What You Saying?"

BEST FIT: How did the collaboration with TĀLĀ come about?

Jarreau Vandal: "We had [a] studio session planned in by mgmt. I knew TĀLĀ from a long time ago when I didn't make music full time yet. I saw her at PITCH Festival in Amsterdam."

BEST FIT: What inspired you to write "What You Saying?"

Vandal: "The song is about that sudden "sexual" interest and flirting you get from people right after you break up, as if they know that you're single. it came about from a conversation we had before we started working."

BEST FIT: How did the Anthology mixtape come about?

Vandal: "Anthology exists of songs I made in the past two years really. the project is very diverse. Conceptually I didn't think about a project when I made the songs that are on the project. The concept of a Anthology came after i put all these songs together. It shows my versatility as a producer and it kind of gives away a glimpse of my musical identity."

BEST FIT: What is the biggest learning curve or obstacle you had to overcome during the mixtape process?

Vandal: "In the past two years i've done a lot of shows, a lot of travelling, and producing. it has been crazy. I learned a lot and dealt with stuff (i believe) any upcoming artist deals with. That's self-doubt, comparing yourself to other people, being broke, all of a sudden earning more money (lol), just the stuff that crosses your path as an upcoming artist. I learned to trust my gut feeling and don't worry [about] what people have to say about anything."

BEST FIT: What is the best piece of advice you've been given/or overheard?

Vandal: "Allow to let go of pride and allow people to help you. You can't do everything by yourself. However, i learned to be careful of who i let close to me. not everyone is in it for the love..."

BEST FIT: What hobbies do you have outside of music - if none what kind of hobbies would you like to try and why?

BEST FIT: What are you most looking forward to for the rest of 2018?

Vandal: "Doing my first ever live tour with my band and crushing venues."

"What You Saying?" is out now. Jarreau Vandal's forthcoming Anthology mixtape lands on 28 September via Hear This Records. Vandal performs at London's Village Underground on 9 November. Find out more.