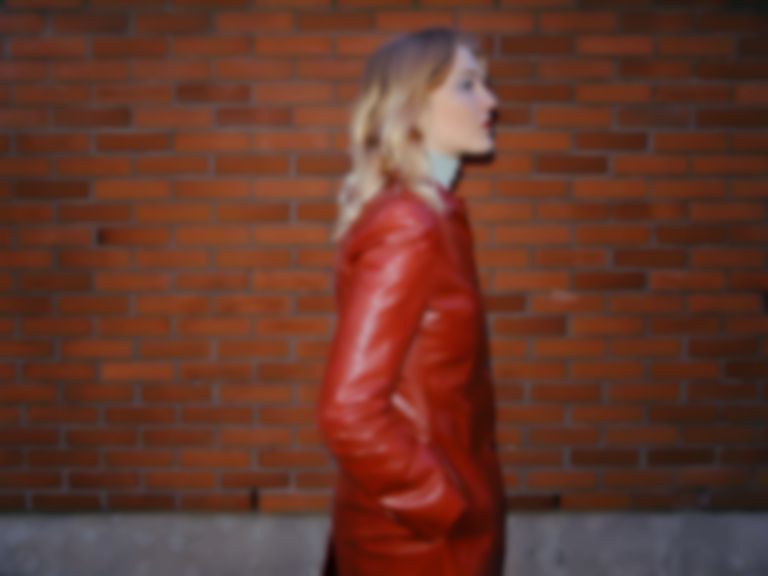 Scratch a little under Stockholm’s musical surface and there’s a bubbling scene of rock music indebted to glam and psychedelia. Annika Nalin, aka Ivy, has been a part of that scene for a while, and tomorrow drops her new single “Sleight Of Mind”.

Having played in the live bands of both HOLY and Boys in various incarnations, Nalin debuted her own project Ivy last year with the single “Star”, and now her follow-up is here.

Kicking off in a cascade of drums, “Sleight Of Mind” soon settles into its sway, Nalin’s soft vocal surrounded by a hypnotic spiral of synths and drums. When the chorus comes in, it crashes in like a chandelier falling from the ceiling, and the melodies tumble thrillingly over each other.

Nalin says: “I think it’s the third song I ever wrote, I made the demo for it like two years ago. I went through a phase of hanging out in the studio playing drums like every day, so most of my songs from back then are focused on rhythm. In the demo I kind of just cut and pasted the drums, and later when me and Hannes [drummer] re-recorded them we had gotten so attached to the weirdness of the demo that we decided to follow the same process".

“Sleight Of Mind” is out on May 31. Find Ivy on Facebook.