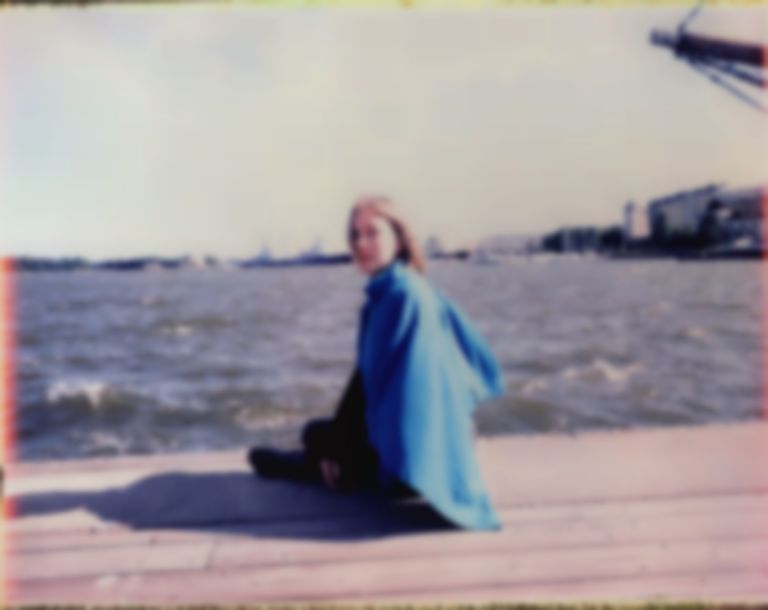 There's nothing quite like the feeling of having missed out on something when discovering that the artist you've just heard for the first time has recently released their sixth album. Islaja, where have you been all my life?

The recording name of Berlin-based Finn Merja Kokkonen, Islaja has just released her sixth album, titled Tarrantulla. Today we can bring you one of the tracks from that record, "Sadetta".

Recorded in Kaiku Studios with the help of Tatu Rönkkö of Liima, "Sadetta" (sung in Finnish) is a mass of jittering electronics that calls to mind Fever Ray (particularly in the watery, manipulated vocals) and Icelandic collectives P2X and Gangly. Over five intense minutes of primitive drumming, piercing synths and Kokkonen's undulating and unsettling vocal there's a feeling of a dark tale unfolding...something being pulled from the past, an old ghost raised up by Islaja's hypnotic chants, returning to haunt us.

"The recording that ended up on the album is actually our first take, the one you do for sound testing," explains Kokkonen. "I think we had five channels all together; Tatu Rönkkö on sampler, me on vocals and flute, and Jonas Verwijnen from Kaiku studios behind the recording desk. One of the samples that Tatu uses is the sound of spaghetti being thrown on the floor.

"This version is third incarnation of this song. The original song is called 'Sateen Tullessa' and it is on the album Palaa Aurinkoon from the year 2005. That’s more than ten years ago, but I haven’t forgotten its basic elements with a second-hand 8-tracker and cheap Casio synth. And also how I stole lines from Nietzsche’s Thus Spoke Zarathustra and blended them with my half-finished lyrics. The second incarnation was a live version (which was never recorded) based on a short loop from an Uzbek folk song. This brought in some raga vibes and I felt a kind of shamanistic concentration while performing it. In this version, the third version, I added a flute solo when it all started sounding too serious. The loop from the folksong was replaced by Tatu's spaghetti sample. So this song consists of many layers that have been added or taken away over time."

"Sadetta" feels dark and brooding and special. There's sure to be more of this across Islaja's back catalogue, and that's pretty exciting.

Tarrantulla is out now via Svart Records.