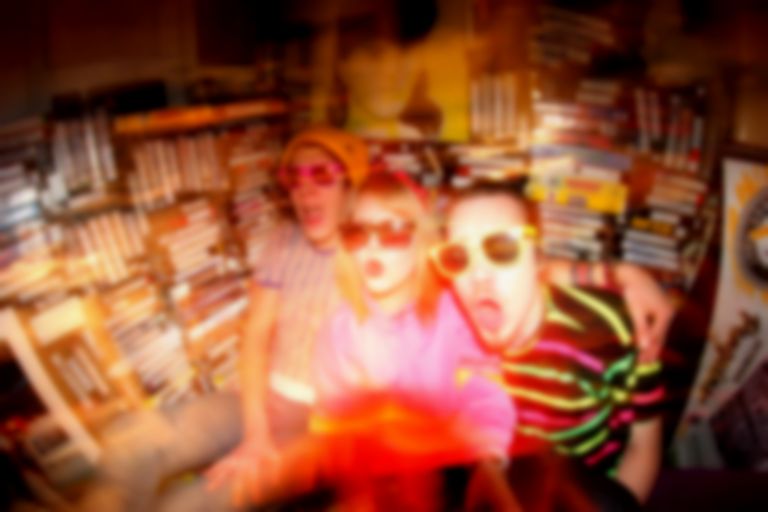 HYESTJFAVHS? - they're actually called Have You Ever Seen The Jane Fonda Aerobic VHS? but that's rather a mouthful - have a brilliant new track out called "Family Man", and it's our Song Of The Day.

Speaking about the cut, the trio say: "'Family Man' presents the band at its best with its rich but simple melodies, trashy sound and rock action attitude."

"Family Man" will be released as a single on 21 August. It's taken from HYESTJFAVHS?'s upcoming debut record Teenage Sweetheart, which is out digitally in September via VILD and physically (Finland only) on Airiston Punk-levyt.

The band are set to play at Helsinki's Flow Festival tomorrow night (14 August).