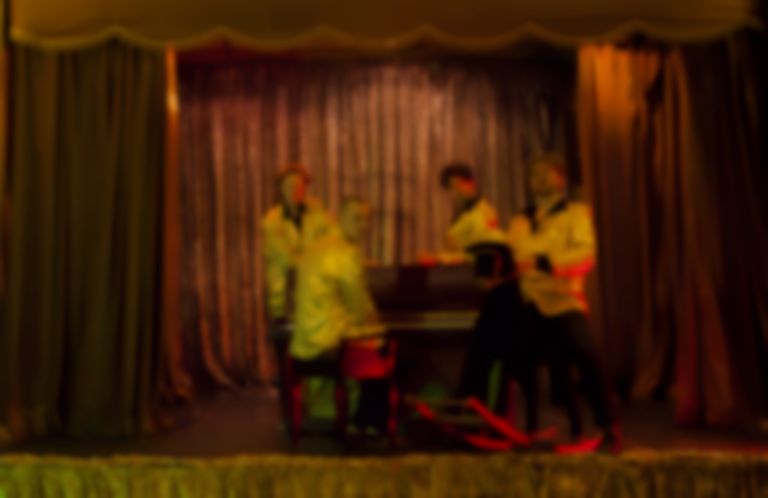 Partially made up of members of King Krule and Jerkcurb, Horsey drop their first official release in over a year, and “Bread and Butter” is a thrilling and unsettling blend of punk, jazz and lo-fi guitar.

The anticipated “Bread and Butter” is a hectic curiosity that slowly builds around choppy, discordant guitars and an unrelenting bassline. However, over the course of its five-minutes, the track grows increasingly chaotic as the feverish yowls of frontmen Theo McCabe and Jacob Read build in pitch.

It may not have an overall catchy melody, but there's a wild-eyed intensity that renders the track, and its accompanying visuals, strangely compelling. Self-directed by the band, the video is an absurdist stew of masked figures and psychedelic homages to the silver screen. It falls somewhere between avant-garde and ridiculous, and it's a fitting accompaniment to a tune that shares many of the same characteristics.

“Bread and Butter” is out now on Big Love Records. Catch Horsey on 30 January at The Social as part of Independent Venue Week, 2 February at Amersham Arms and 23 February at The Vaults for Red Moon Safari. Find Horsey on Facebook.