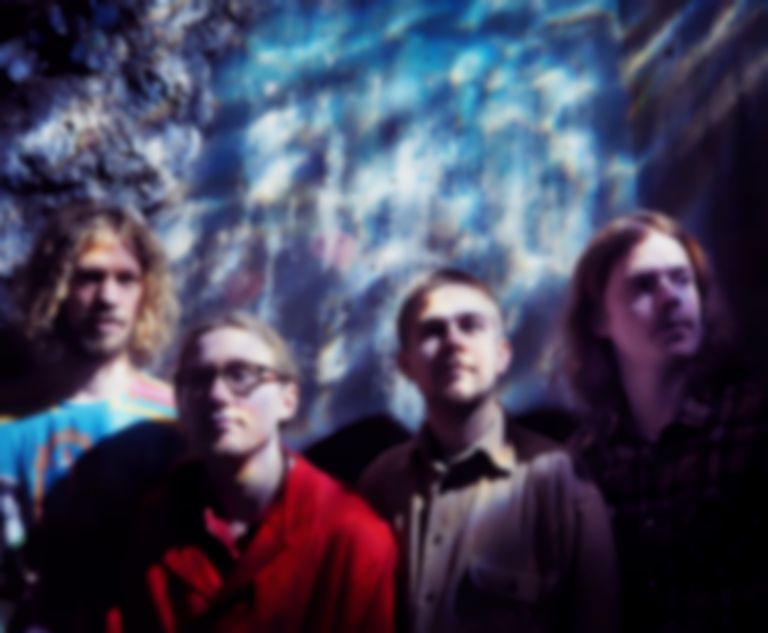 "There Completely" marks a striking comeback for the Gothenburg-born Montreal-based band, who have been absent since the release of their 2014 debut album Can’t Dance, Won’t Steal, Need Some Help.

Their latest outing marks a bold change from their previous sound, with numbers such as the atmospheric “Trail Of Songs” and “My Kayfabe Babe” seeing them craft thoughtful and expansive indie rock more in the vein of Canada’s Wolf Parade.

Similar quirks can be heard in “There Completely”, though none more so than the clear influence of seminal 80s rock band Talking Heads merged with the unabashed pop of Phoenix. “Put me in your pocket, that’s where I wanna be,” croons vocalist Anton Ekman as he verbalises his desire for the object of his affections, whilst encompassed by rattling rhythms and robust, piano-driven basslines. In tandem with long-time bandmate Viktor Hansson, Holy Family revel in creating an experience that is singularly euphoric, resulting in an erudite explosion of gleeful guitarwork, rippling synths and jubilantly soaring vocals.

“To shake your rump is to be environmentally aware,” so once said David Byrne, frontman of the aforementioned Talking Heads. With the irresistible concoction that is “There Completely,” it is clearly a sentiment that Holy Family have taken to heart.