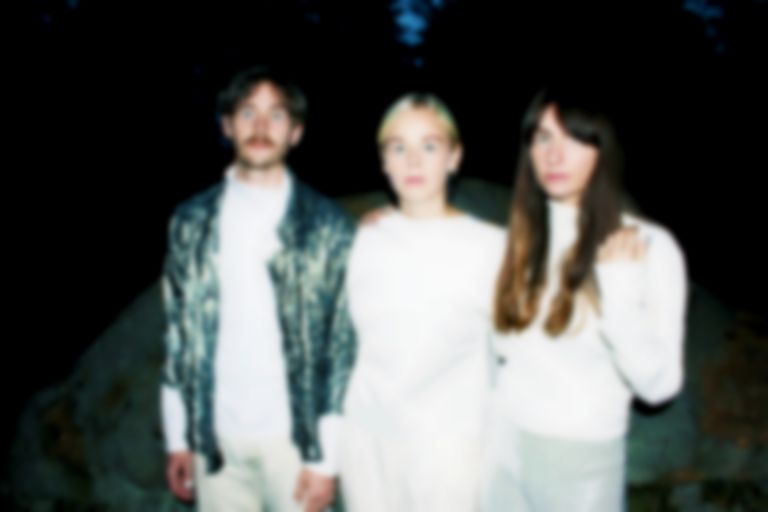 Swedish trio Hey Elbow are back with the expansive, dream-pop fuelled "Nurture/Aptitude", which also serves as a preview of their forthcoming album WE THREE.

"Nurture/Aptitude" runs just shy of five-and-a-half-minutes, and opens with a loop of celestial harmonies and soft percussion. The intro is slowly built into a strong, almost ritual-like chant with brooding synths creeping in, elevating the track to its first peak before hitting the two minute mark.

As vocalist Julia Ringdahl unleashes her first line, the electronica buzzes louder as the percussion becomes more persistent, creating a sharp melody which reiterate the angelic tones of Ringdahl's voice.

The new track is borderline experimental, with bursts of drum fills erupting between vocal segments, but when "Nurture/Aptitude" returns to its chorus, the ethereal harmonies dominate, creating a euphoric dream-pop whirlpool of vibrant and anthemic sounds.

The Swedish band say of their new outing, ""Nurture/Aptitude" is a somewhat catchy track coming from us. The song is based on a loop that we recorded by mistake in the rehearsal place. It was a vocal harmony that by accident was cut to a super short segment at the same time as a coffee cup crashed into a microphone. We can’t really remember but the loop disappeared and we panicked. A few months later in the studio the loop suddenly appeared and we could include it on the recording. It is a pop tune but needed a frame. We did a longer intro and an ambient outro. So it became a Hey Elbow song. For the impatient listener, we also did a convenient but lazy edit."

Hey Elbow’s epic track follows on from last month’s "Missit", and will feature on their forthcoming WE THREE album.

"Nurture/Aptitude" is out now on Adrian Recordings. Hey Elbow’s WE THREE album is due for release on 18 September, and is available to pre-order now.