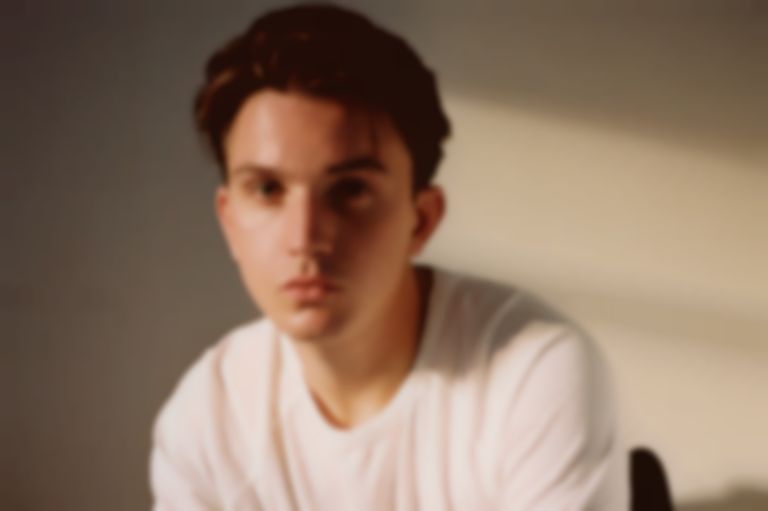 On his second single to date, London-based newcomer Harry Stone pairs with Kenny Beats for “Love Gone Cold” – an honest introspection of a fizzled-out relationship.

Harry Stone grew up in Winchester and, as such, was encouraged to follow classical music via the local choir. With the cathedral casting a shadow of tradition over the city, Stone instead turned to video games where became aligned with racing electronic soundtracks.

Soon, he taught himself how to produce beats and delved into discographies from the likes of Burial and James Blake. “It came after a long phase of me being an extrovert,” Harry recalls, then “a few things happened that threw me into being an introvert.”

Upon releasing his debut single “Loaded”, which paired coming-of-age experiences with cathartic songwriting, it became clear that Harry Stone can navigate past trauma and anxiety with poignant nuance.

The track explores the way that drugs and alcohol can influence the breakdown of a friendship group, written from the perspective of moving to London in your early twenties. Stone comments, “Seeing someone you care about go through this is hard, and it inspired in me a feeling of wanting to challenge it - but some things just have too much inertia, they can’t be stopped, almost like trying to stop the city moving itself.”

Flaunting a noirish piano line, Stone’s soulful vocal pushes through the haze in the early moments of the track. Soon evolving with bouncing electronics, the ballad teases the concept of being a typical breakup anthem all the while subverting expectations.

While Kenny Beats is present in the performance of the track, his tailor-made production style contributes to the grandiose of “Love Gold Cold”.

“’Love Gone Cold’ is about imbalance in a relationship,” comments Stone, “where you might really care for someone, but they just stop reciprocating for whatever reason.”

“It’s brutal, but I guess sometimes that’s just how it goes. It felt to me like there was power in being the one saying ‘you’ve gone cold’ and knowing it to be true for someone else, maybe even before they do.”