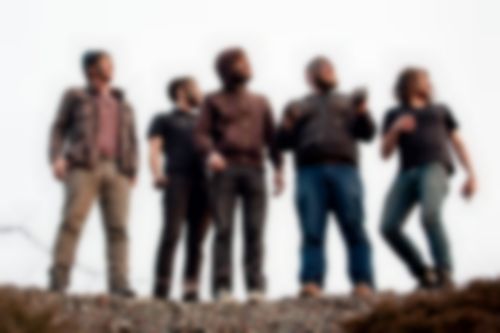 Borne from the ashes of recognised-all-too-late Boston band, The Stairs, Hallelujah The Hills convened under frontman Ryan Walsh’s tutelage to carry on his brand of cracked, absurdist alt-Americana. Best Fit is pleased to premiere a track and its accompanying video from their upcoming fourth LP, Have You Ever Done Something Evil?

-“I Stand Corrected” has Walsh surveying our current fractured society here in the US in characteristic blustery fashion. Amidst a cavalcade of crashing, ragged guitars and a thin lacquer of wiry synth, Walsh professes he’d rather perish his own man than consent to bogus groupthink. These days, it does seem we’re all reduced to lone wolves, but if we’re going to stare into the void along with Walsh, we might as well do it together with fists aloft.

Have You Ever Done Something Evil? drops 13 May courtesy of Discrete Pageantry Records.