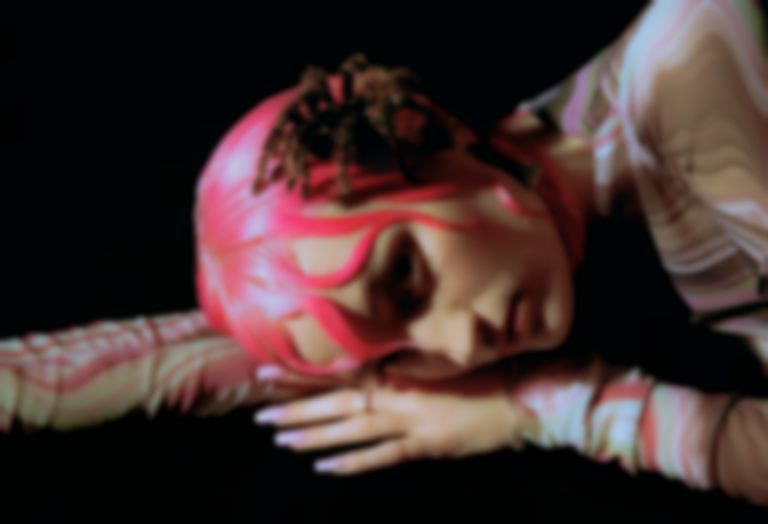 Encouraging listeners to pull their own meaning from her new track, Toronto-based singer-songwriter and multi-instrumentalist GRAE returns with "Room In The Desert" - the first offering from her upcoming, debut album Whiplash.

With a childhood steeped in grief, music has long been used as a tool of healing and discovery for GRAE. On the surface, her music hangs off otherworldly elements - it's a tool that comes naturally to the musician whose personal taste draws from the fuzzy worldbuilding of Cocteau Twins, The Cure, and Joy Division - but she is owed a deep appreciation.

After her mother passed away when she was young, GRAE found musical inspiration via a record player; its revolving twelve-inch wonder providing moments of unity for herself and her father as they played a new vinyl together every day. Then, at ten years old, she began to creatively express herself via songwriting and began existing somewhere between means of escapism and perfectly channelled emotions.

Today, GRAE captures her past, present, and future seamlessly. Sonics are buoyant while she explores deeply personal themes of romance, loss, and occasionally, “nothing”. “Room In The Desert” is exactly the latter – a space for new-wave pop and nostalgic influences to roam free.

While she specifically cites Cocteau Twins’ 1990 track “Cherry-coloured Funk” as her inspiration, GRAE elaborates “"Room In The Desert" was written on a day when I was lacking inspiration. I came into the session with my producer Connor Seidel not knowing what to write about and instead of trying to fight that feeling, I embraced it.”

“I decided to write a song about nothing, from nothing, using some random and interesting words we could find. At the time of writing, it had no real meaning, which was the intention, but now I actually find meaning in it which is interesting. I hope those who listen are able to find their own unique meaning too.”

Arriving alongside a warm-hued music video, the visual is an insight into the eclectic mind of GRAE and director Gemma Warren. “The music video is everything I could’ve dreamed of. Gemma's creative vision was really strong from the start and I trusted her artistic direction a lot. We wanted to create a trippy video that complemented the psychedelic production of the song, something that could bring the song itself to another level. I think the video really captures that and helps create an experience for the listener.”

“Room In The Desert” is out now, with the debut album Whiplash set for release on 15 April. Find GRAE on Instagram.