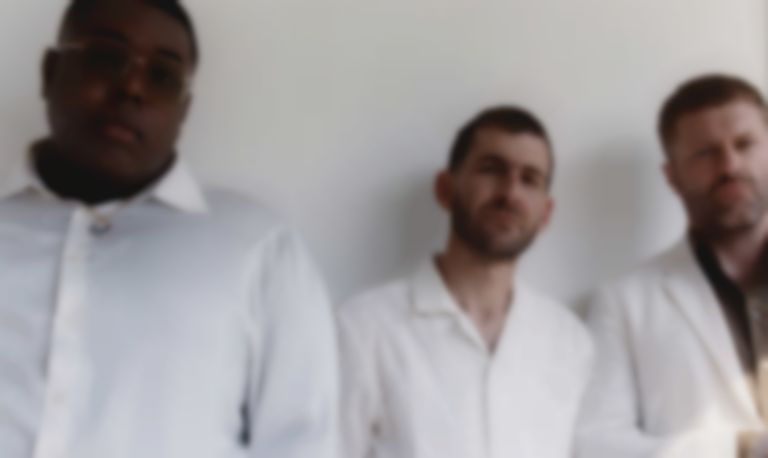 “Blame" transcends time and space, capturing the essence of what Gabriels are all about: pure unadulterated spirit.

There’s something inherently spiritual about Jacob Lusk’s vocals; formerly of American Idol fame, the singer’s upbringing through the church has allowed him to lead congregations across the city and lend vocal arrangements to Diana Ross and Gladys Knight, amongst others.

Naturally, Lusk is a major force amongst the gospel community, and a well-respected artist in the musical infrastructure of California. The celestial talent forefronts Gabriels, a trio backed by two remarkable producers in Ryan Hope (originally from Sunderland) and Ari Balouzian. Across their catalogue, they harness a quality rarely seen in today’s musical landscape, with subtle nods to jazz, R&B, funk, soul and gospel, while innately staying true to their identity. Classically trained, it is no wonder their collective uniqueness as a vintage-filtered soul outfit feels like a genuine continuation of – rather than a cheap homage to – the greats that came before them.

Suitably mysterious, the group only have a handful of material and one live show to their name, yet have created enough fanfare to sell out three consecutive London dates at their upcoming residency at London’s The Social, and to be nabbed by Celeste to support on her upcoming tour.

The trio’s latest offering, “Blame”, accentuates Lusk’s delicate yet irrepressible vocals, and highlights Hope and Balouzian’s cinematic sonics. The result is a piece of music that reverberates through the consciousness as if you were sitting in a smokey 1960s jazz bar; the sparse building percussion bubbling up and away to a frenzied crescendo, before fading away elegantly behind the textured production.

Opening with a haunting looped piano, an experimental string arrangement and a heavy brooding bass, it’s a blend which is soundtrack-esque in nature, and naturally fitting of a film score. It wouldn’t be hard to see this being used as a backdrop to every gripping drama over the coming year.

Brought into the global consciousness with the phenomenal “Love and Hate in a Different Time,” which garnered acclaim from Elton John, Gilles Peterson and Virgil Abloh, Gabriels continue to build on the strength of their foundations with this truly stunning and atmospheric single.

Explaining the meaning behind the track, Lusk says, “When examining our life’s problems, we hastily assign blame – ‘This happened because of this…’ Our song ‘Blame’ seeks to examine the construct of not only fault and shame, but take a deep dive into the world of addiction, and indulgence.”

It isn’t too far-fetched to see the resemblance to the likes of Etta James and Nina Simone, as this gifted trio embody the same core characteristics which cemented those icons into American musical history: distinct voices, subtle production, and mighty power layered with elements of gracefulness.

Much like the Motown greats of yesteryear, Gabriels create songs with meaning, songs which affect changes in people. “Blame” continues to do that with infectious, thought-provoking vigour.