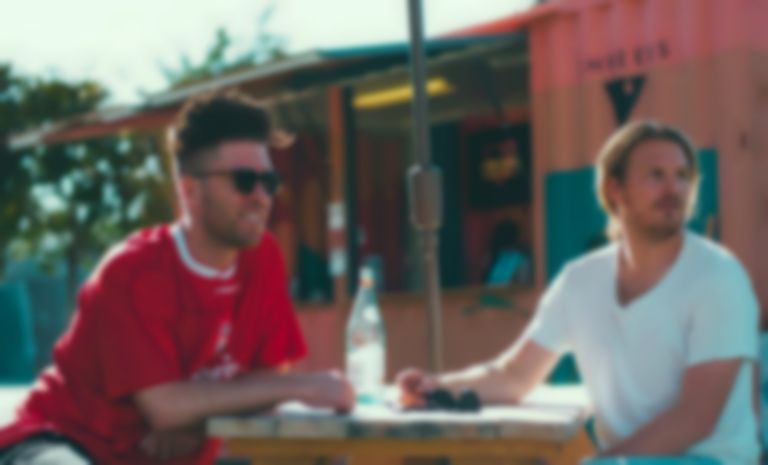 Brett Hite and James Sunderland have followed up their "Nowhere" and "Carpet" tracks with another song with puts the seal on their pop music writing credentials, ably assisted by prolific studio song writer Emily Warren.

While there's a touch of modern R&B to "Capsize", the general feel is a tropical vibe; Warren's languorous yet assertive vocals take the lead, and the imagination, on this slice of Balearic bliss, a song which should stay on the playlist of beach parties, impromptu park drinking sessions and rooftop gatherings throughout the summer.

Hite explains that the song is all about honesty and that it "meant something very different to all three of us so we each wrote about something different in the two verses, ironically that is the version that felt the most truthful and cohesive in the end."

Listen to "Capsize" below.