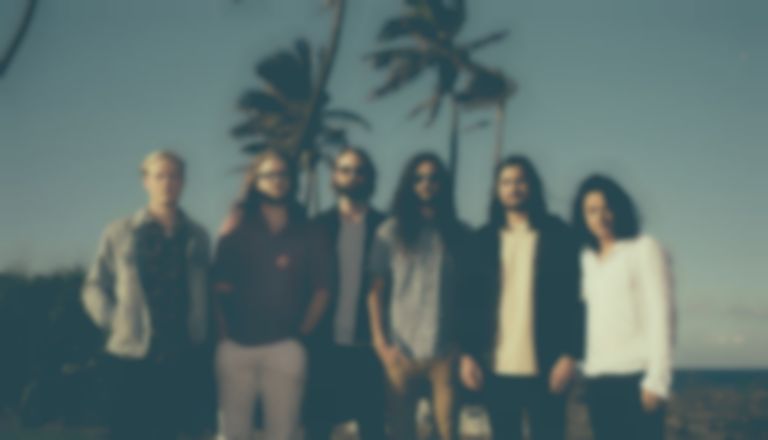 “So Long and Thank You” marks the first release from the Gold Coast-based band, following last year’s stomping double-whammy of “Relevance” and “Start Again”.

Making good on their prior promise of an '80s-soaked (think INXS or Duran Duran) blend of contemporary electro-rock, FAIRCHILD's latest single surpasses expectations.

Like previous releases, the track was mixed and produced by Catherine Marks, who has worked with the likes of festival favourites Foals and Wolf Alice. FAIRCHILD clearly find themselves in good company. Starting with sombre synth tones and the murmurings of vocalist Adam Lyons, the track slowly gains momentum, weaving delicately plucked guitars and rumbling bass before it suddenly explodes, wailing and flailing in a cacophony of invigorated frenzy.

The track was written not long after guitarist Tim Voeten lost his father, and conveys an appreciation for loved ones and the support they have given after they have passed. “So Long and Thank You” was written by different members of the band but with only Voeten’s father in mind. What begins as a mournful anecdote culminates with an unrestrained whirlwind of sound; at no one point does the unabashed retro influence feel like a cheap ploy, it instead serving as an immediate factor of endearment.

“When I hear this song, of course I think about my Dad, but I also remember that it helped cement in me my love for making music with these people,” explains Voeten of his bandmates. “During those long nights in the studio, I knew it was okay to not be okay. I’d show up with some half-baked idea and we’d have a few drinks and mess around with it. I never knew one of those half-baked ideas would become “So Long and Thankyou.”

“So Long and Thank You” is released on 19 June and is taken from the band’s forthcoming album of the same name, which will be released 4 August via their label Canvas Sounds.