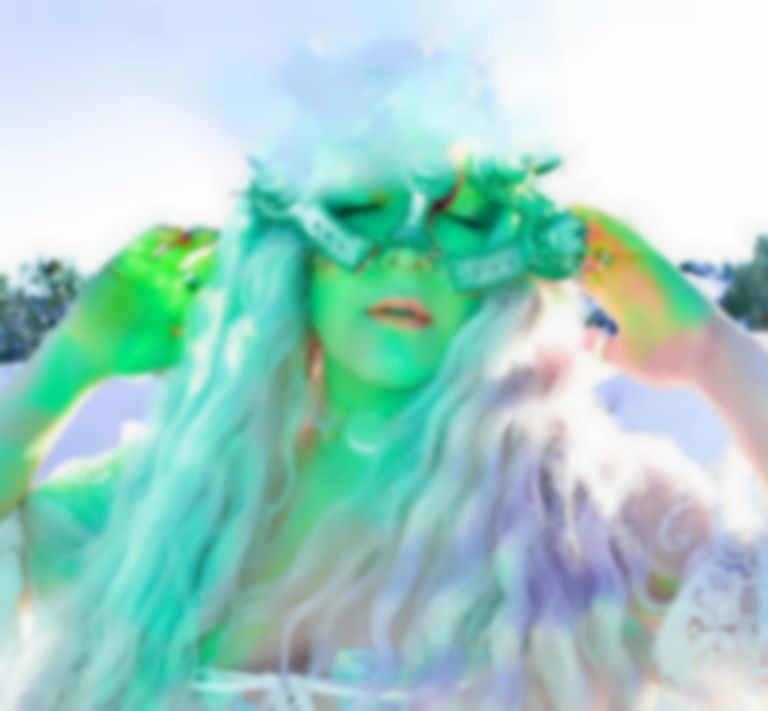 "Crystalline" opens with swirling synths and a euphoric, electronica-infused melody, while Elisabeth Elektra's hypnotic, echoing vocals reel the listener in.

Her new single ripples with an extra-terrestrial pureness as she unites the atmospheric elements into a euporic chorus, which elevate Elektra's ties to healing crystals.

Speaking about her new single, Elisabeth Elektra says, "My father was a scientist and he loved crystals, I was given my first rocks pretty young. Over the years my love of crystals has grown and this definitely fed in to the lyrical and musical themes of "Crystalline"."

Of the video, Elektra adds, "When video director Samantha Alexa and I decided to work together I gave her some songs to listen to, "Crystalline" was the song for which she immediately had a vision for. The installations you see in the video were made by Samantha Alexa. We had around a dozen people off camera responding to musical and directional cues while I was filmed moving through the installation space. It was a very precise choreography! Glasgow artist Vaj Power was brought in towards the end of the process to add the graphic elements which I think really help bring the themes in "Crystalline" to life."

"Crystalline" is released on 14 February via Occult Babes, and is available to pre-save on Spotify now. Her debut album Mercurial arrives 8 May. Find Elisabeth Elektra on Instagram.